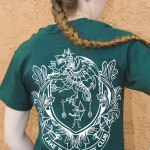 ATLANTA – Enthusiasm is building for the two-movie adaptation of “The Hobbit” and if you don’t mind me saying, it can be felt in the air and smelt in the water. One of the first attractions of the day (after Spock and Kirk of course) was TORn’s own trio of staffers Deej, Greendragon ad MrCere, dishing about all the recent developments on “The Hobbit.”

Using quotes from TORn’s own interviews, TORn’s message boards (Guillermo del Toro) and national media, the trio tried to get everybody up to date on the soon-to-be greenlit (we hope/think) film. Sending along greetings was Guillermo del Toro via video and three members of the Weta team that will be working on the film. Author Ethan Gilsdorf was also on hand to talk about his new book “Fantasy Freaks and Gaming Geeks,” featuring TORn founder Tehanu.

Gilsdorf and long-time TORn supporter Sideshow Collectibes also provided items for a giveaway after several minutes of Q&A with the panel. Gilsdorf gave away a personalized copy of his book while Sideshow’s Legendary Scale Legolas bust was included.

The presentation will be repeated Sunday at 4 p.m., with more additional material that couldn’t be fit in Friday. Composer Arjan Kiel lent his talents to give the presentation some vivacious sounds to go along with the visuals. 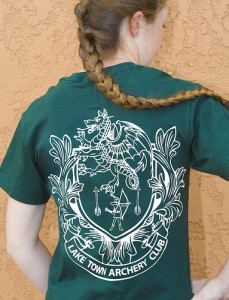 The Tolkien Track continued the theme all day with its dedicated programming which was scheduled to include:
* Dr Lynnette Porter
* Nadine Palmer
* Peter Beagle
* Dramatic Readings from The Hobbit – Atlantic Radio Theater

Friday’s late-night programming was the annual tradition, “Evening At Bree,” featuring TORn friends Emerald Rose. On tap for Saturday is actor Craig Parker, and dear site friends Diane Rooney and Laura Cooper among others.
TORn staffed its own fan table, moved this year to the Hyatt hotel where we offered the newest TORn shirt themed around the “Lake Town Archery Club”. Shirts went quickly so if you plan to get one, you better do so fast, as Saturday might see the total depletion of the suply.