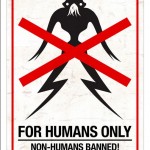 “District 9,” is making a real splash here at Comic-Con and Peter Jackson is here in an all-out promotional blitz for the film he produced with director Neill Blomkamp that stars unkown Sharlto Copley.

The three appeared in the 6,500 seat auditorium Hall H and showed around 10-minutes of the film. Jackson, directed the “Lord of the Rings,” trilogy, told the mass audience a few more details than he revealed to a journalism council a lot of details about all his movies. Today at the big show he said that casting might get under way in roughly two months, with auditions, conferences, screen tests and negotiations. Casting announcements might happen in the fall.

Before heading down to the big auditorium, the trio held a chit-chat with reporters and revealed that they were pretty nervous to get in front of the big crowd. Jackson talked more about the process of getting approval from the studio to get ‘The Hobbit’ made.

“People assume we have a green light and we are making the movie, which we don’t. We have to deliver the script and the studio has to approve the script and then we have to budget that script because we have no budget yet. They aren’t going to make the film with an open checkbook so we have to figure out how much its going to cost and if that is going to be okay.

“So we have a process to go through. Once we get the script delivered we can break it down, we can do the budgeting, we can figure out schedules and we can move on to the second script that we have to obviously start writing immediately.” 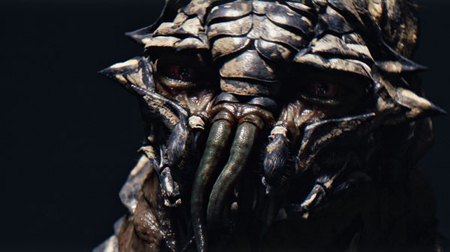