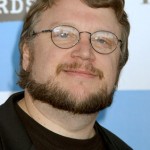 If there is one thing the director of The Hobbit cannot be without while based in Wellington, it is plenty of graphic novels and books. Mexican Guillermo del Toro has been in Unity Books in Willis St buying large numbers of graphic novels and books as he settles in for pre-production on the two-part adaptation of The Hobbit at Peter Jackson’s Miramar studios. Shooting takes place next year. Del Toro was also a guest at Wellington Zoo on Sunday for the introduction of Weta Workshop’s new children’s television series The WotWots – the first time he has appeared before the media since arriving in Wellington. Del Toro, whose two recent Hellboy movies were based on a comic book series, is renowned for being a voracious reader. Hobbit director feeds comic book habit