FanFilm: ‘The Hunt For Gollum’ Online May 3rd

Chris Bouchard writes: Just wanted to give you advanced notice that The Hunt For Gollum will be released on May 3rd 2009 for online free streaming in HD. Thanks for supporting this ambitious fan film!

‘The Hunt For Gollum’ will achieve a notable milestone for Fan Films when it becomes the first Fan Film to be simultaneously released online at Dailymotion.com and screened at the Sci-Fi London Film Festival on May 3rd this year. The first ever LOTR Fan Film with serious production values, Independent Online Cinema aims to bring a unique high quality HD cinema experience to the internet. The film is 40 minutes and a purely non-profit venture, with the download and festival screening being free for new and old fans alike. 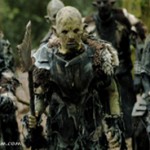 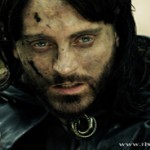 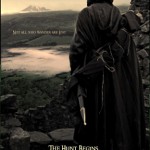 Writer/Director Chris Brouchard started the project over 2 years ago with a small dedicated number of talented cast and crew, which steadily built momentum as more and more enthusiastic filmmakers, volunteers and supporters took up the challenge to finally culminate in an amazing team effort that has had over a 100 volunteers contributing to the project, worldwide.

Made with a minuscule budget, the high production values of the project would not have been possible without the commitment and resources of experienced prop makers, costume makers, prosthetics and make-up specialists, fight coordinators and special effects artists. However, this production has been open to everyone for collaboration, and as a result, the passion for this project has drawn together a diverse blend of working professionals, students and youth from every walk of life.

‘The Hunt For Gollum’ has generated considerable online buzz amongst fans already and the filmmakers are therefore delighted to see their efforts have also started to get real world publicity.

For further information regarding the project, please contact:
Press at info@hunt4gollum.com
And visit our website for more trailers, updates and fan reactions here.
A trailer can also be viewed at youtube.com here.