1900
June – Mabel Suffield Tolkien converts to Catholicism, which shocks both the Unitarian Suffields and the Baptist Tolkiens. Despite being familially estranged and financially cut off due to this decision, she remains undeterred and begins her sons’ instruction in the Catholic faith, one that becomes especially deep-rooted in Ronald for his entire life.

1915
June 29 – At his army physical, Tolkien declares that he has never suffered from any serious illness or injury.

June 30 – Tolkien’s Army application is certified by an Oxford University Officers Training Corps captain and he is accepted into the Army.

1916
July 1 – The Battle of the Somme begins. Lieutenant Robert Quilter Gilson of the Cambridgeshire (11th) Battalion, Suffolk Brigade, close friend of Tolkien from King Edward’s and member of the “T.C.B.S.”, is killed by a bursting shell while leading his platoon into No Man’s Land. 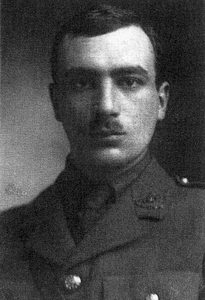 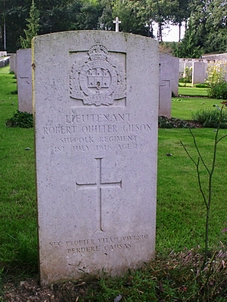 1918
June 29 – While still recovering from the effects of Trench Fever he contracted two years earlier in France, Tolkien contracts gastritis at Brocton Camp and is subsequently hospitalized in Hull.

1944
June 29 – Letter to Stanley Unwin (#74) – While expressing his delight at the news that Unwin’s son, Rayner, will return from his leave and will be able to meet with Tolkien, the mention that Rayner is now a naval cadet brings out some bittersweet feelings in Tolkien: his son Christopher, having been called up into the Royal Air Force in July of the previous year, is now stationed in an air training school in Kroonstaad, in his father’s homeland, the “Oranje Vrystaat” (Orange Free State), South Africa. “… the fact that it was my native land does not seem to recommend it to him.” He informs Unwin that his other son, Michael, “a much damaged soldier”, is currently at Trinity “trying to do some work and recover a shadow of his old health.” (Michael was no longer fit for military service due to a “severe shock to nervous system due to prolonged exposure to enemy action”.

As for the status of LOTR: “Not a line on it was possible for a year. One of the results […], was that I managed to bring this (great) work to within sight of conclusion and am now about to conclude it, disregarding all other calls, as far as is possible.” He hopes that Unwin is still has “some mild interest n it, in spite of paper shortage – at any rate as a possible future. […] I have still only one copy, and that needs revision as the thing nears its end. […] In any case, I fear, the story has grown too long and unjuvenile.” He is grateful for the cheque Unwin sent him, as he is still laboring “under debts, mainly due to trying to complete a family’s education after war had taken most of one’s means: not an uncommon experience.”

1947
June 30 – Tolkien writes to Warren Hamilton Lewis (Jack’s brother) to say that he is praying for his recovery (Warnie is in Convent Hospital of Our Lady of Lourdes in Drogheda, Ireland) and that he is sending him typescripts of Book IV of LOTR.

1952
July 1 – Rayner Unwin writes to Tolkien, asking him to send one of his copies of the transcript of LOTR so that the publishing house can “refresh our memories and get a definite idea of the best treatment for it.” He assures Tolkien that “we do want to publish for you, it’s only ways and means that have held us up. So please let us have the Ring now and when you are able the Silmarillion too (I’ve never read it at all you see) and by the time you are freer we shall be ready to discuss it” (HarperCollins archives).

Margery Kathleen Mary (aka Susan) Dagnall, one of the two women responsible for getting The Hobbit on its way to being published, dies in a car accident at Weybridge, England.

1955
June 29 – Letter to Naomi Mitchison (#164) – Tolkien updates her on the status of LOTR: “I have had a very grueling time, with far more work than I could really cope with, plus Vol.III. I am feeling as flat as a burst tyre; but may revive when (or if, as promised) the final proofs of Vol.III arrive tomorrow.”

19. Why does Z put beaks and feathers on Orcs!? (Orcs is not a form of Auks). The Orcs are definitely stated to be corruptions of the ‘human’ form seen in Elves and Men…

31 to 32. “Why do not Theoden and Gandalf go into the open before the doors, as I have told? Though I have somewhat enriched the culture of the ‘heroic’ Rohirrim, it did not run to glass windows that could be thrown open!! We might be in a hotel…

Z has cut out the end of the book, including Saruman’s proper death. In that case I can see not reason for making him die. Saruman would never have committed suicide: to cling to life to its basest dregs is the way of the son of person he had become. If Z wants Saruman tidied up (I cannot see why, where so many threads are left loose) Gandalf should say something to this effect: as Saruman collapses under the excommunication: ‘Since you will not come out and aid us, here in Orthanc you shall stay till you rot, Saruman. Let the Ents look to it!”

(I guess someone forgot to show this to Peter Jackson. *cough*)

1968
July 1 – Phyllis Jenkinson writes to Rayner Unwin, informing him that Tolkien will remain in hospital until at least July 10, where he is still recovering from a fall at his home in Sandfield Road).

Early (?) July – While Tolkien is in hospital, Edith moves into the Hotel Miramar. The movers take advantage of her inability to supervise the move from Sandfield Road to their new home in Poole due to her ill health, and they leave things in a disorganized mess.

1969
June 30 – In reply to a letter by Paul Bibire asking him if the River Glanduin is the same as the Swanfleet, Tolkien not only confirms this, but he also provides further information on the etymology and history of the region. He also provides an update on his health, having recovered sufficiently enough from his accident a year before to ‘walk about fairly normally now, up to two miles or so (occasionally), and have some energy. But not enough to cope with both continued composition and the endless “escalation” of my business’. (Vinyar Tenwar 42)

1999
June 29 – Corona posts a potential cast list for voice casting for video games and preliminary facial modeling. Names include Al Pacino for Gandalf, Daniel Day-Lewis for Strider, Rupert Everett (character as yet unnamed), Bruce Willis and Liam Neeson for Boromir (Thank Eru that didn’t pan out!, Jude Law for Legolas, Sean Connery for Saruman (That’s the first time I’ve read his name not associated with the role of Gandalf), Harvey Keitel or Patrick Stewart for Denethor, Patrick Stewart or Harvey Keitel for Theoden (apparently the source got a little confused on these two characters), and the only one that turned out to be the real deal… Elijah Wood as Frodo.

2000
June 30 – CounterAction Magazine posts an article from its June issue on-line about the impact of LOTR filming on the Mount Ruapehu area, with a photo of Peter Jackson on location in Whakapapa.

Also a small article from TotalFilm on the official LOTR website with a screen grab of the website (it looks mighty different from the current version).

E! Online posts its latest installment of “Force of Hobbit”, including an on-set visit during the filming of the Mirror of Galadriel, and a hint at how Shelob will be created. (E! Online no longer has this on their website, but I found it at Der Herr der Ringe.

…and singles out a couple of Canucks who helped make LOTR such a success.

(The link to the photo of Xo with Howard Shore’s Oscar doesn’t work, but I found it here.

2005
July 1 – Sideshow announces that it is ending the Sideshow/Weta LOTR line after the last three pieces are released: Mumak of Harad, Amon Hen and Peter Jackson as Corsair.

NOTE: The reason there aren’t any juicy tidbits or lots of spy reports is because most of July and August were downtimes in LOTRverse. Speaking of downtime, if some links that are linked through the Internet Archive Wayback Machine don’t work, keep checking back… their website is down sometimes