Last week TheOneRing.net asked you, the fans, to show your support for a Peter Jackson-directed adaptation of ‘The Hobbit’ in a funny and creative way. And you responded! Take a look at the first gallery of photoshop creations and caption contest-entries by clicking on the posters below! 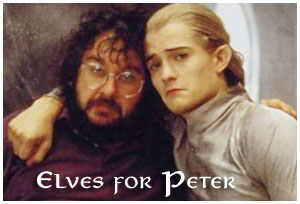 Not all of the entries for the caption contest came with an apropriate picture though, so be sure to check out some of these other suggestions we received! 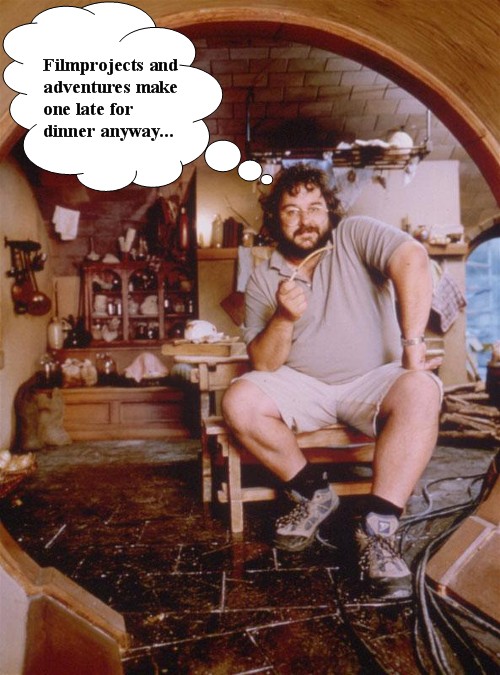 “New Line shall not pass!”

“Oh, well. This happened to the Beatles too, so I’m in good company”

“So Ordesky says ‘You’re not doing the Hobbit – put that in your pipe and smoke it!”

“Who do they think they’re going to get? Frank Oz? ‘A Muppet Hobbit’ with Kermit Froggins, Piggy Sackville Froggins, Fozzie Okenshield, Gandrolf the Gray and Gozzum?”

“This is where I belong. Just let ’em try to move in!”

“Squatter’s Rights! I was here first!”

“It took the Five Armies and the talents of Weta Digital to put these shoes on my feet.”

“Will he never cut the cake?”

“..I suppose if I’d just done a better job with the Lord of the Rings..”

“Hm, Fran and Phillipa told me I should just sit here and look interesting. I say show me The Precious”

“Oh well, at least I have the Simarillion trilology to work on…”

Now it could well be that you think you have a better, edgier or funnier caption, or that your Photoshop-skills surpass anything seen before on this website. In that case, be sure to keep sending us your entries! [Show Your Support!]