The fantasy event of the year has arrived! 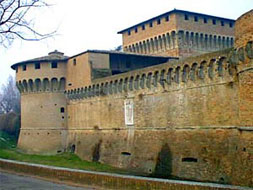 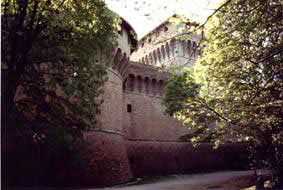 Images from the Middle Earth returning to Forll at the request of the city council that was impressed with the number of visitors during the successful exhibition there last December.

A journey through the Middle Earth with more than 100 works of art by the most important illustrators of “The Lord of the Rings” from around the world, including Angus McBride, Ted Nasmith, Roger Garland, the Brothers Hildebrandt, Alan Lee, Stephen Hickman, Lode Claes, Donato Giancola, Rob Alexander, Angelo Montanini, Luca Michelucci, Capucine Mazille, April Lee, Stephen Walsh, Randy Asplund, David Wyatt and others. It is the most complete exhibition on the theme of “The Lord of the Rings” ever put together. Throughout the period of the show there will be various related events, as enclosed.

Web-site with all information: www.imagesofmiddle-earth.com

The show was launched in Riccione, Italy, in the medieval Agolanti Castle during the month of August (3.500 people) and it was proposed again to the Italian public:

In Forll, Palazzo Albertini from 19th December 2002 to 6th January 2003. Visited by over a thousand people during the 15 days. In Rome, Castel S.Angelo from 13th January to 2nd February 2003, under the patronage of the Ministry of Arts and Culture. Visited by over 15.000 people.