I happened to be watching Headline News and unexpectedly saw a short interview with Andy Serkis. He mentioned how he took on the role of a heroin addict to get into his character who we all know is Gollum.

He was asked to give the viewers a teaser of Gollum, and Andy proceeded to do “the voice”!!! It was a nice little surprise. The transcript of the interview might pop-up on HN’s website later.

Here’s a shot of the screen that Treebeard took: 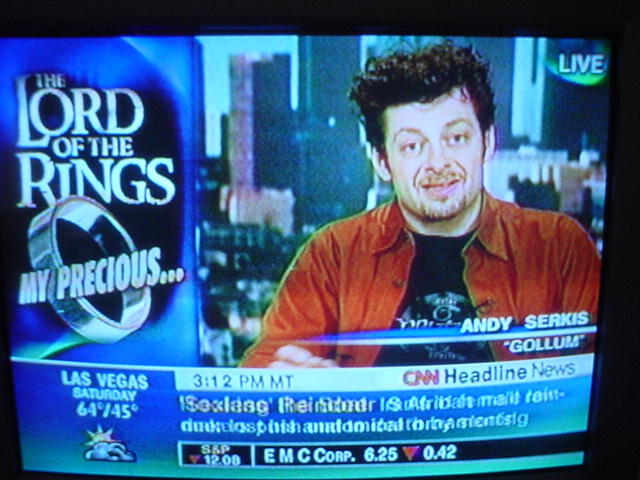