Ian McKellen (Gandalf) was a special guest on ‘Larry King Weekend’, Ian was not there in person, but was live via satellite.

Ian and Larry spoke about LOTR and what a mammoth undertaking it was. Ian mentioned that he may have to go back to NZ to shoot some scenes and dub the entire film, much like they had to do with the first.

Ian also mentioned his coming out, and how him telling the world that he is gay freed up his soul and allowed him to be more open to things. He recomended that anyone torn up with the decision weither or not to tell family and loved ones about thier sexuality to do it, because they will feel more free in the long run.

During the interview they showed alot of great behind-the-scenes clips during the Hobbiton set production, and some great snaps of Ian in his other roles.

Take a look at these pics: 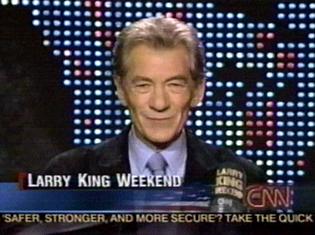 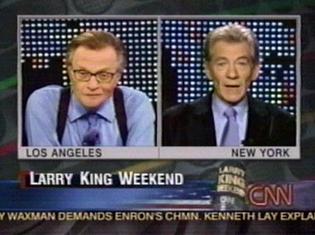 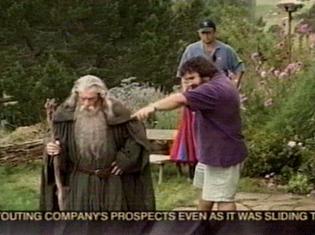 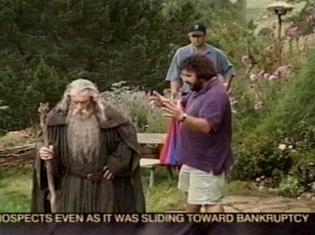 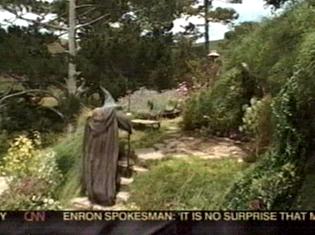 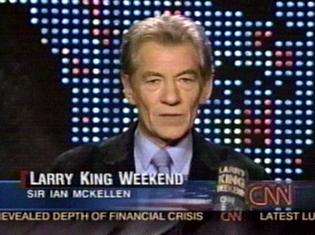 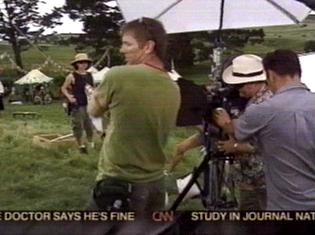 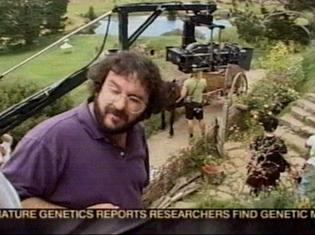 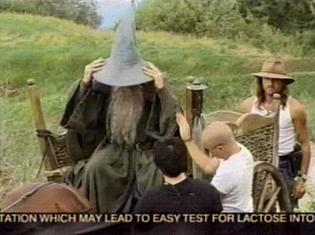 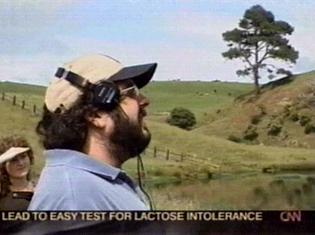 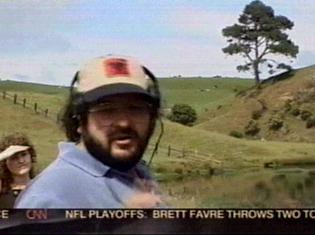 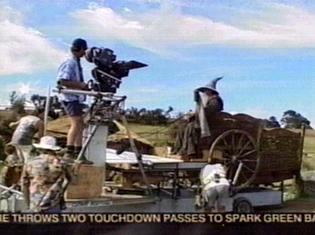 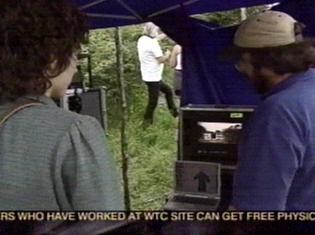 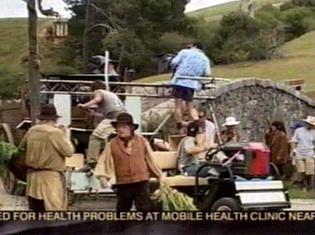 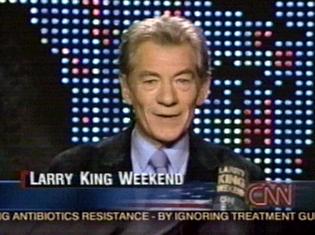 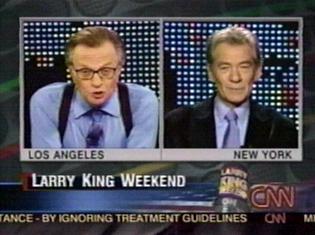 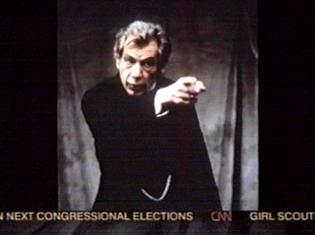 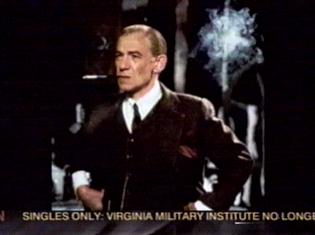 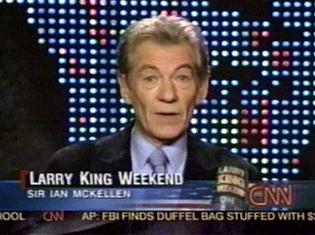