Cate Blanchett (Galadriel) was on ‘David Letterman’ tonight. She was there to promote her film ‘Charlotte Gray’ wich will be released this Friday.

Cate was adorably nervous for the interview, and goofed a few times in claiming that Dave knows about wigs, has rabies and that New Zealand is roughly 7 hours away from Australia (it very well could be, but I doubt it).

Cate also proudly displayed her 3-week-old son’s passport, and mentioned that he hardly sleeps at night. Dave also showed her the NZ postage stamp with Cate on it as Galadriel.

Take a look at a few pics. 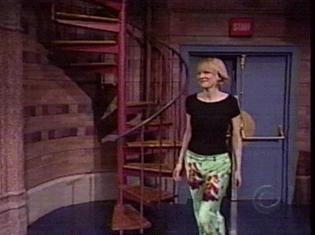 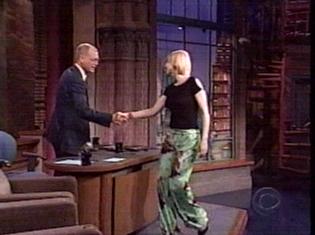 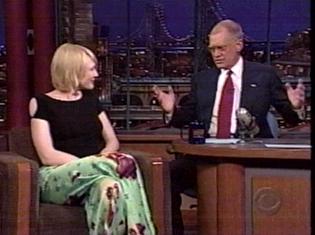 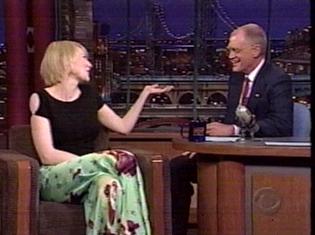 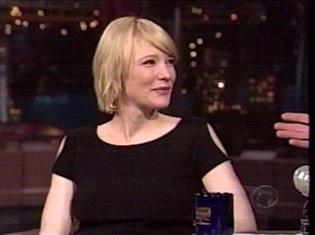 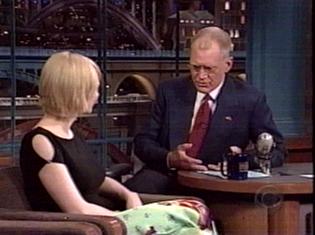 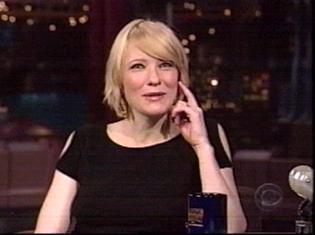 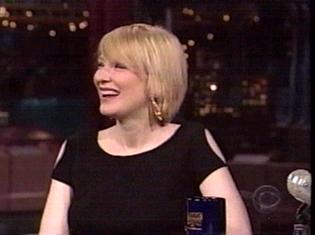 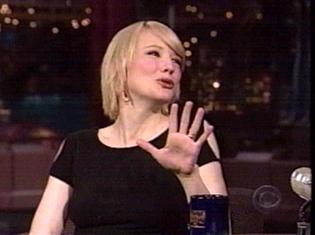 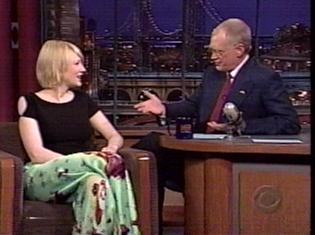 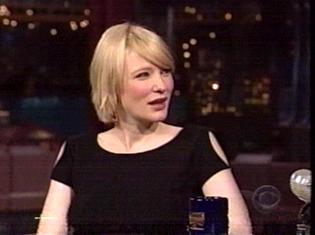 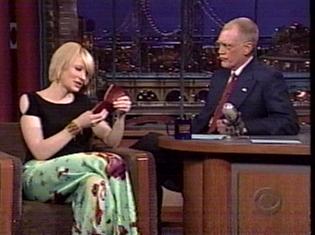 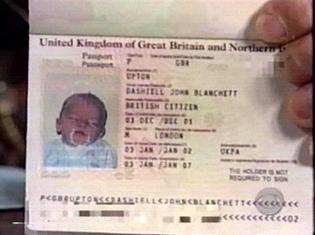 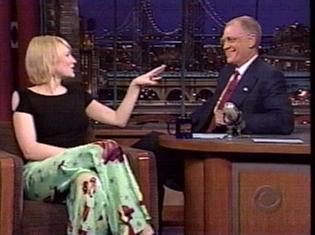 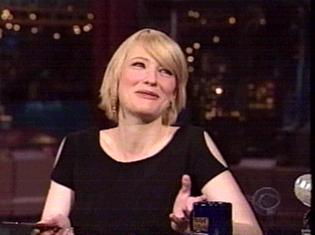 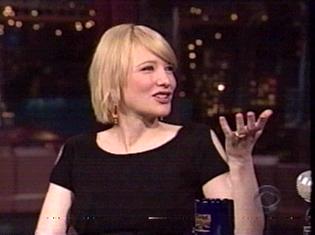 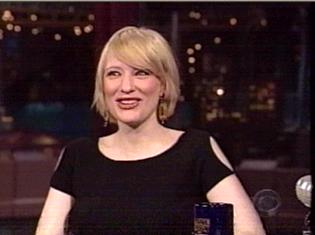 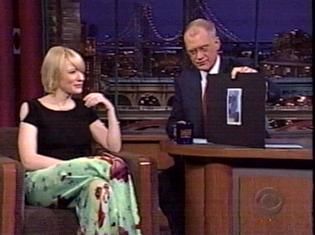 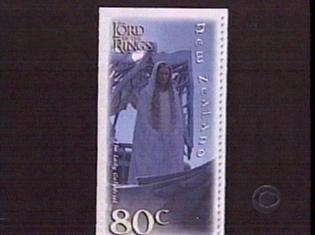 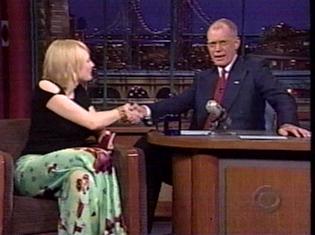 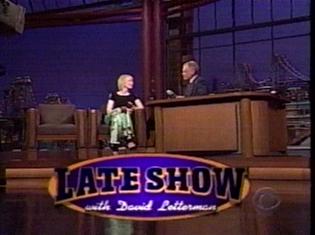