Elijah Wood was on ‘The Tonight Show With Jay Leno’ tonight. Elijah spoke about his role as Frodo, and how fans are calling him that on the street. He also mentioned his mom is still doing his laundry for him 🙂

Jay asked Elijah about the Elvish language. Elijah replied that it was a readable writable language created by Tolkien. Jay then asked Elijah if he had learned any of it and he replied that he had. He then uttered “Elen sila lumenn omentilmo.” A star shines on the hour of our meeting. He then proceeded to say that he had only a few lines in Elvish in the movies but they had all been cut. (thanks Ed!)

Here are a few pics for you: 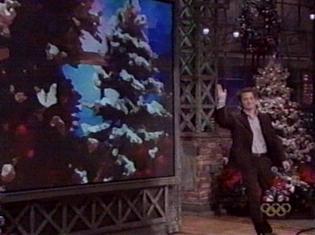 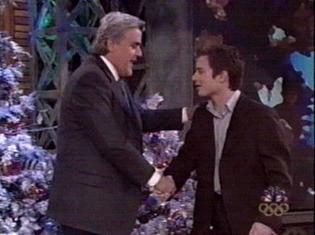 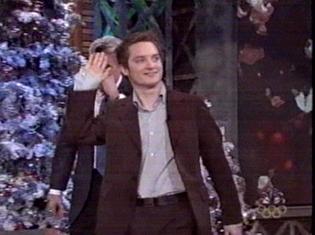 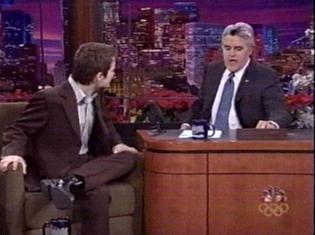 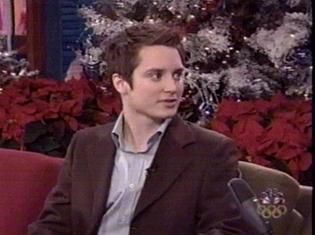 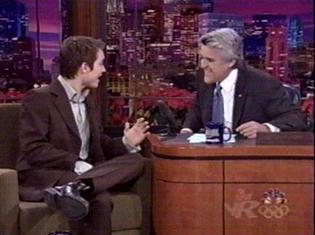 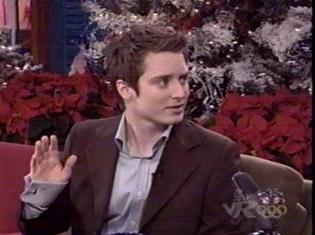 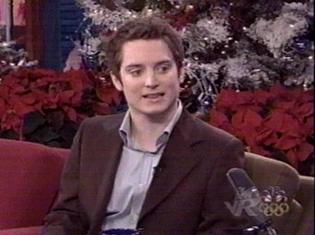 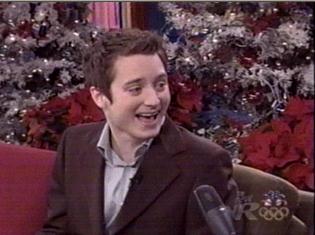 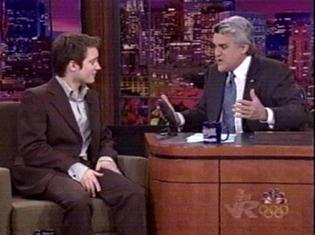 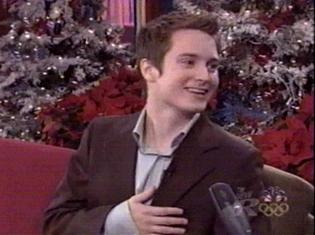 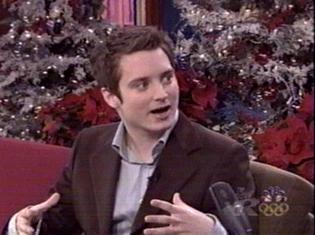 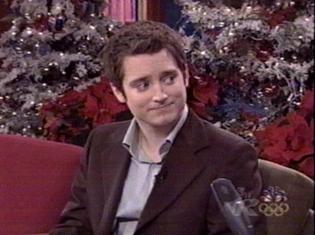 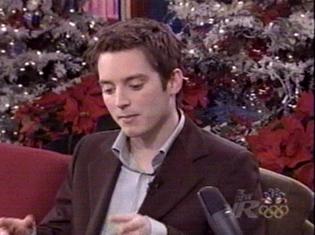 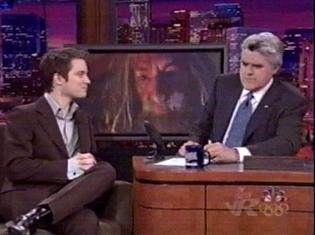 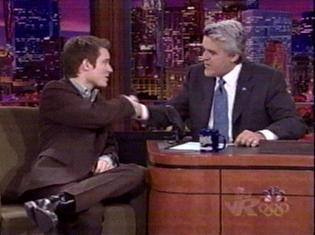 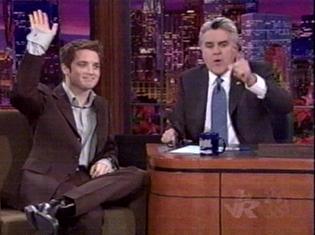