Here is another article on the highly original concept of pitting two films against eachother…there really must be a ‘pooh-pooh disturber’ department in every newspaper, magazine and TV outlet around the globe. This one apparently focuses on the merchandise war between Potter and LOTR:FOTR. 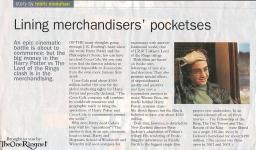 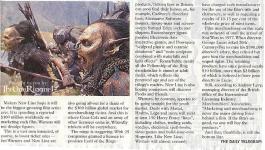 Posted in Old Special Reports on October 21, 2001 by xoanon