Thanks to Barlimans regulars Gollum and SamGamgee from elfenomeno.com for providing a link to what looks to be an early version of the official internet preview. Follow the following link and click on the LOTR Trailer at the bottom of the page. [More]

After just viewing this low quality real video file a few times, this is what we have have noticed is different:

1. Gollum with skin – The second and a half of Gollum matches up with earlier pictures we have seen, but this time with skin and hair. We are not posting a still image of Gollum at this time because of a promise to the artists at WETA. You can see Gollum in the Real version though.

2. Aragorn Fighting the Nazgul – We have seen a similar scene with this image from the scrapbook. [842] 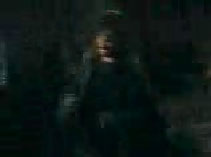 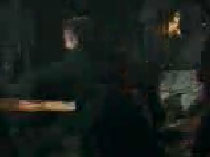 4. An extended shot of the running Troll. 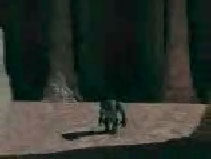 Where this version came from, its anyone’s guess. We are also NOT sure if this is even legit. Hopefully we’ll be getting more info about it shortly!