Are you guys interested in some pics of the recent Wingate set? They’re building what looks like a small village! It’s still kind of hard to tell what they’re doing, but they’re using a heck of a lot of space for the set, with parts of walls being right up against the front fence.

You’ll have to excuse the images as I only had my dingy little digital camera! However, it should be enough for you to get an idea of what’s going on. 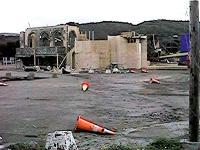 This the main construction that being done just to the left of the bluescreen. It looks as if they are making a balcony which may be hoisted onto another structure once its completed. Also just below the balcony is one of the many rectangular pits they’ve dug up (you can just see little rocks along the edge). They have at least 5 of these around the set with the closest ones being a few meters form the front fence. Perhaps they’re building stuff to go over them.. who knows. 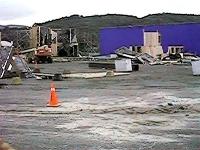 OK this one didn’t quite turn out how it should have! 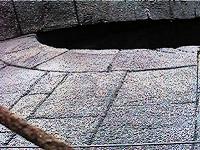 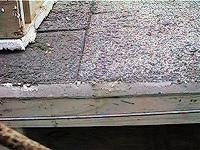 I’m assuming some people would like to see what the props are made of …painted polystyrene on wood! But they look so realistic even at a foot away. You can only imagine how cool they’ll appear on screen..