The latest issue of Vogue has an article and full spread pics of Cate Blanchett (Galadriel). While the article only mentions LOTR in one brief paragraph, it is an informative piece. You can get a good look into the Aussie who will play our Elven Queen.

LOTR byte: The films (Blanchett is) currently shooting in New Zealand are very big-budget, indeed-J.R.R. Tolkien’s ‘The Lord of the Rings’ trilogy which Peter Jackson is directing. “I’m really looking foreward to it,” she says, “because it’s not a territory I’ve ever stepped into before technically.” I search my memory for female roles and remember that it was a hombrekind of series. Gandalf? Frodo? Bilbo Bagins? Whom does she play? “Galadriel.” I don’t recall Galadriel. “Queen of the Elves,” she says. “Smart but significant.” Hmmm. Not nearly significant enough to break the $20 Million barrier, even if she has already been fitted for prosthetic elf’s ears. “What do you want so much oney for?” She says. 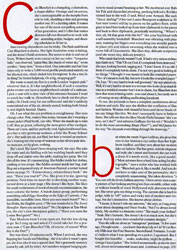 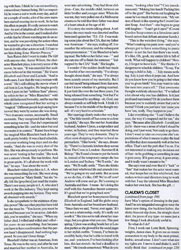