The choices seem to provide a bit of direction as to the key protagonists and antagonists for the forthcoming film, although one notes in passing that some of the trailer’s key characters (Thranduil and Smaug) don’t get a look in. Food for thought. Check the photos below and click for full-resolution versions.

Thorin is captured by Thranduil in Mirkwood.

The ruined city of Dale.

Legolas confronts the company of dwarves.

Bilbo recoils from the bear that may or may not be Beorn.

Bard fears for the safety of Lake-town.

Gandalf at Dol Guldur. “It most certainly is a trap.”

Tauriel, the captain of Thranduil’s guard. 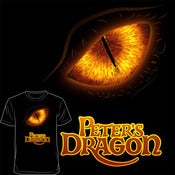