Facebook users, get ready for an adventure! You can now experience the world of Tolkien via your Facebook account with the officially licensed Facebook app – ‘The One Ring.’ Microcosm Games has developed a great app which allows you to explore Middle-earth as one of the heroes of The Lord of the Rings, and join in the struggle against Sauron. The official description and screen can be found through the link below. We’d love to hear what you think of the app, so please join in the conversation in our forum. Check out the official app page on Facebook, as well as their official website to get started. [The One Ring Facebook App] [Official Homepage] 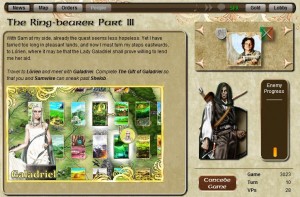 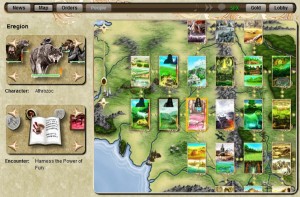 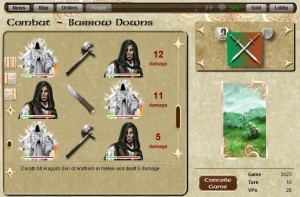 Official Description
The One Ring is an exciting new Facebook game of heroic combat and adventure, which allows you to explore the world of J.R.R. Tolkien’s Middle-earth. Take on the role of one of the heroes of The Lord of the Rings, and join in the struggle against Sauron!

You will play a Hero from Tolkien’s The Lord of the Rings, such as Aragorn or Legolas. And to begin with, your Hero will be relatively inexperienced. However, as they travel the world, seeking out adventure and battling the forces of darkness, they will grow in power, improving their abilities, gaining Companions, and finding new equipment.

There is no single way to win The One Ring; rather there are many paths to victory. Some are harder than others – can you win them all?