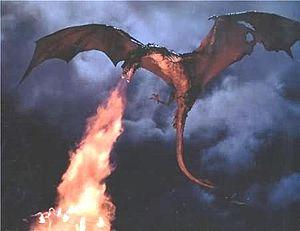 Recently, TheOneRing.net featured an essay on the challenges and opportunities faced by Guillermo del Toro and WETA workshops in brining the Magnificent Smaug to movie screens in the upcoming Hobbit film. The fan-friendly director has long been open to fans and can be found posting at DelToroFilms.com”. Del Toro, or “GDT” as he is affectionately already known on the TORn message boards, responded to the thread, giving a healthy discussion an extra shot of energy.

The still occasionally growing thread can be found, right here, including the director’s posts. Since we posed some of the questions, it only seems right to relay some of the answers. Nobody wants spoilers at this point (okay some do), but general ideas and specific references do send the imagination soaring and nothing was said that gives anything away. Pre-production hasn’t officially started on the two-movie package that the director and effects team will tackle, but clearly GDT brings a wealth of ideas and opinions, and he has been thinking about the Magnificent dragon for a good long while.

On one point, everybody agrees and the director summed it up nicely.

“Smaug should not be “the Dragon in the Hobbit movie” as if it was just “another” creature in a Bestiary. Smaug should be “The DRAGON” for all movies past and present. The shadow he cast and the greed he comes to embody- the “need to own” casts its long shadow and creates a thematic / dramatic continuity of sorts that articulates the story throughout.”

He sparked a great deal of speculation by talking about not just Smaug but how he is revealed in the environment of his surroundings. It is clear he thinks in visuals.

”To me, Smaug is the perfect example of a great creature defined by its look and design, yes, but also, very importantly, by his movement and -One little hint- its environment – Think about it…”

Oh and we have been. In another post he went on to say,

“What I meant by the environment / Smaug relationship is about the way he is scaled, moves and is lit, limited or enhanced by his location, weather conditions, light conditions, time of the year, etc. That’s all I can say without spoilers but, if you keep this curious little summary you’ll realize several years form now that those things I had in my mind ever since doodling the character as a kid had solidified waaay before starting the shoot of the film.

“A big tool is also how and when he is fully revealed. I could give you specifics- beat-by-beat in fact (I’m geeking out to do it), but… I will say no more in order to save you from ruthless spoilerage (we have a few years to go, you now…?) and increased anxiety.

We will. We will.

With clearly enough anticipation to whet the appetite of readers, but with only enough to draw our own conclusions, we are left wondering and speculating what he meant. Not only will watching “The Hobbit,” with amazing, anticipatory fun that first time, but those in the know can share an “Ah ha!” moment at the cinema when Smaug is revealed.

More clues came in the form of an explanation of the director’s opinion about dragons we have collectively already seen. 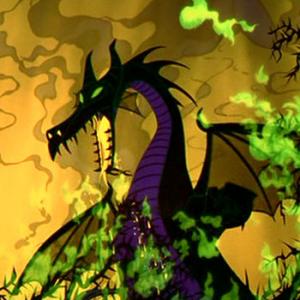 Maleficent, the dragon from “Sleeping Beauty”.
”I am a big Dragon fan. . .

“And although its always impossible to agree on the “greatest” of anything, I bring forth these two as the main film contenders for that title: Eyvind Earle / Disney’s Maleficent dragon ( a triumph of elegance of color and design) and Vermithrax Pejorative from Dragonslayer.”

Vermithrax, the dragon from “Dragonslayer.”

“Dragonslayer,” remains very watchable while Disney’s dragon is widely owned on its DVD home and is still celebrated.
He also discussed one of the pitfalls he hopes to avoid and talked about his idea of who should voice the great worm (again, spoiler free.)

”One of the main mistakes with talking dragons is to shape the mouth like a snub simian one in order to achieve a dubious lip-synch . . .

“As to his voice- well, each reader has a Smaug voice in his / her head, just like you always do when “hearing” a great character in a book.

Wouldn’t it be interesting if the voice of Smaug is never announced? It surely will be, but what fun to have no idea what to expect at the moment when we first hear “Smaug.”

There was a lot more commented on by the director, who will see his “Hellboy II: The Golden Army,” hit theaters July 11. (And not to brown-nose, but this film promises to be great fun and TORn will surely get further news out as best we can.)

While not his final post, the Mexican born director did leave us with some words that seem appropriate here.

And now, I’m here- about to live amongst you for many years to come and it is my dearest hope to push and expand the filmic incarnation of these Myths: Emotionally, visually and in their resonance within all of us. Wishing me luck won’t be enough – therefore I invite you to join us in another beautiful place created by on Parker Lyons, namely-

-and to become acquainted with my many flaws and the error of my ways, for I am -much like a Hobbit or a foul Dwarf- a mere mortal facing an enormous task ahead.

May the task become lighter by receiving the blessing of your trust .