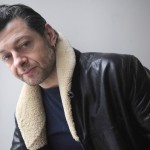 You’ve seen and not seen him, creeping along the slimy stones in hot pursuit of hobbits or hanging around the Empire State Building. But though Andy Serkis has breathed life into iconic characters, some of his most recognizable scenes have involved his demise. “I’m going to cut a show reel together of my great death scenes. I think it could be a bestseller,” says Serkis with a deep-voiced laugh. After all, he has taken a swim in the fires of Mt. Doom in his performance-capture role as Gollum in “The Lord of the Rings: The Return of the King” and, perhaps even more memorably, plunged to his death as Kong (not to mention that in his small — human — role as a cook in “King Kong,” he was eaten head-first by a ravenous worm.) “That’s a pretty good one,” Serkis says of becoming worm food. “My son’s been traumatized by that for years. He was about 5 when he saw that. The Freudian nature of his father’s death by CG hasn’t left him, really.” Andy Serkis, a monstrous talent on the loose