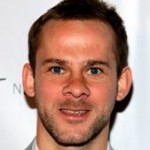 Dominic Monaghan, best known for playing Charlie Pace on “Lost” and Hobbit Meriadoc “Merry” Brandybuck in the “Lord of Rings” trilogy, is joining the cast of “FlashForward,” the ABC fantasy drama created by David G. Goyer (“Batman Begins”) and Kent State University graduate Brannon Braga, the prolific “Star Trek” and “24” writer who grew up in Canton. Starring Joseph Fiennes, Courtney B. Vance and John Cho, “FlashForward” will premiere at 8 p.m. Thursday, Sept. 24. The series follows a group of people grappling with their fates when humanity is given a glimpse into its near future. More..