Oct. 31st 2010, Los Angeles Master of Horror set to bring you the girl of your dreams. John Carpenter is onboard to direct Darkchylde, based on the comic by Randy Queen about a good hearted southern teen cursed to become the creatures from her many recurring nightmares. Every time Ariel Chylde transforms, she sheds her skin and a new nightmare emerges from her Id to act out her deepest, darkest impulses.

John Carpenter says, “Randy Queen’s hijacked angel, Ariel Chylde, is the best young female character since Laurie Strode in Halloween. Bringing Ariel and her dark mysteries to life should be quite an adventure for us all.” END_OF_DOCUMENT_TOKEN_TO_BE_REPLACED 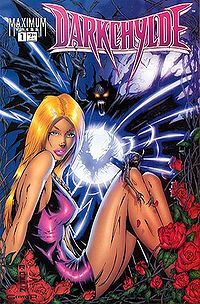