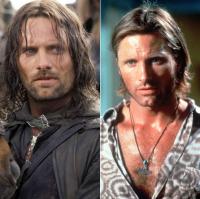 I wonder I wonder what Brad Dourif was shooting when doing the behind the scenes interviews for The Two Towers. Really hard to tell.

I don't recall a single tweet-thread that has brought me so much joy. Congratulations to @straczynski and to everyone else working on it. I hope it makes some new stars and makes is cry. I just wish Harlan Ellison could be with us to nudzh Joe and to kvell as well. https://twitter.com/straczynski/status/1442621159221043202

This is being recorded later this week. Best wishes (and good luck) to the timpanist!