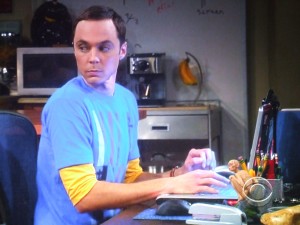 Spotted on CBS’ show ‘The Big Bang Theory’. Geeks taking over TV, I love it!