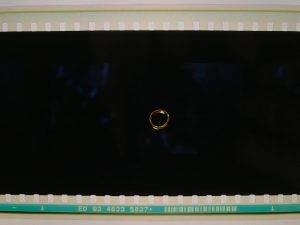 [EDITOR’S NOTE: Special to TheOneRing.net, guest contributor Vahn is a professional film editor and 70mm film, with his thoughts on the usage of celluloid cinematography and IMAX with “The Lord of the Rings” and “The Hobbit” trilogies. We thank him for his insights.]

They say a picture is worth a thousand words; and in the art of motion pictures that is certainly true. Both “The Lord of the Rings” and “The Hobbit” trilogies have significantly revolutionized the way filmmakers today approach design, filming, editing, and visual effects. But one simply cannot understate the impact Peter Jackson’s Middle-earth has had on the filming and presentations of celluloid film. To this day, celluloid film is the highest quality you can achieve for an image. The crispness of the celluloid grain are as majestic as the pixels of some of the most revolutionary paintings in the world today. 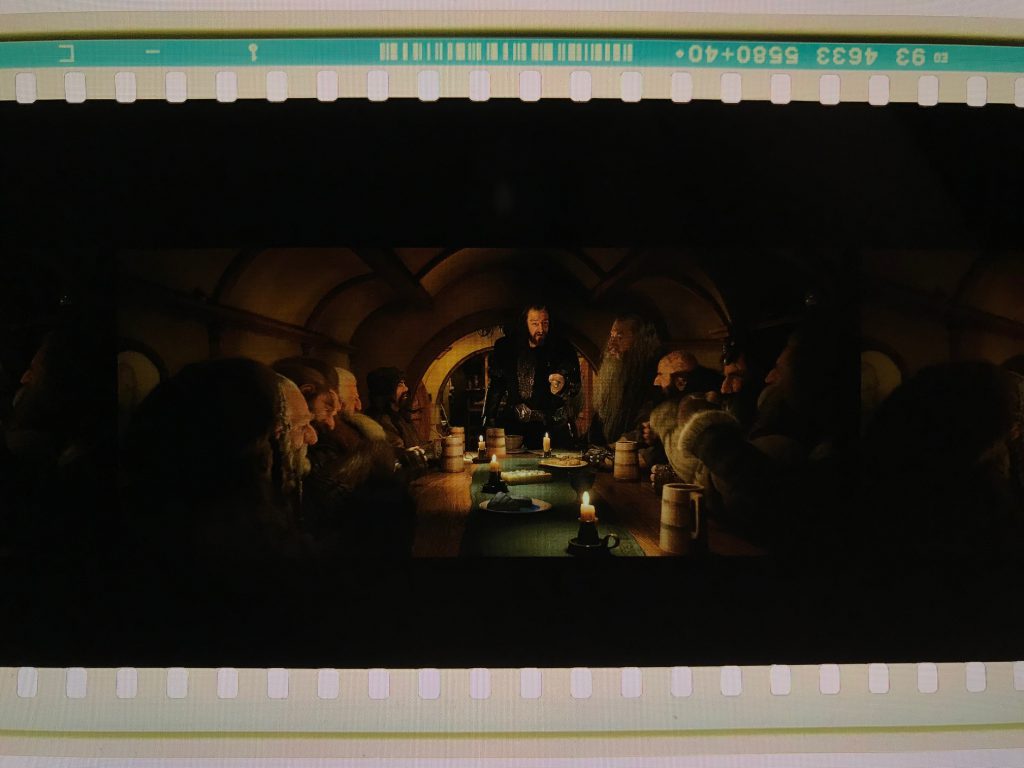 As a young up-and-coming Film Editor myself, Jackson’s Middle-earth universe has inspired me to monumental levels. Some of these inspiring artists include the brilliant editors Jabez Olsen, John Gilbert, Michael Horton, and Jamie Selkirk; including cinematographer Andew Lesnie and the incomparable composer Howard Shore. But one of the most significant ways these two trilogies have inspired me was the use of 35mm and IMAX 70mm film. 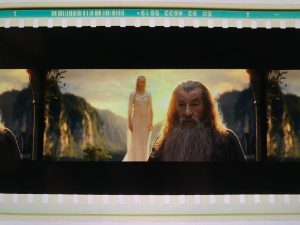 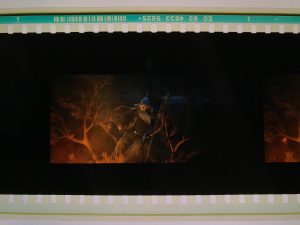 D.P. Andrew Lesnie captured the original “The Lord of the Rings Trilogy” using 35mm film cameras; and to this day, the trilogy holds the record as some of the largest and longest 35mm film prints to be presented in theaters. Lesnie revolutionized digital cinematography with the use of the RED Epic cameras for “The Hobbit” Trilogy. However, there were a few lucky fans that got to experience “The Hobbit: An Unexpected Journey” with a true IMAX 70mm film presentation. I was one of the lucky fans that got to experience the film in said format. I saw the film in a real IMAX 70mm film theatre; in the same auditorium I had my first movie going experience, which was “Fantasia 2000” on IMAX 70mm film. Throughout the years I have come to have a strong bond with this theatre and my fiery passion for the IMAX format increased to the point of becoming one of the greatest factors in me working to become a great film editor. As I grew a bond with the theater, I was privileged to obtain IMAX 70mm film prints that had been stored up in the projection room for more than a few decades!

When I was given information that certain studios didn’t care to have their prints returned, I raced to the opportunity to obtain them and preserve this incredible format; and “The Hobbit: An Unexpected Journey” was one of those said prints. 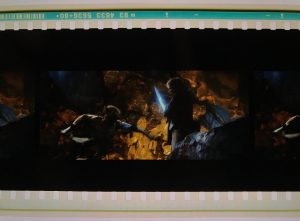 One of the many criticisms from fans on “The Hobbit” Trilogy was due to the films not capturing the same authentic and tangible feeling that the “Rings” Trilogy showcases. Whether this was conscious in the audiences’ minds or not, the feeling of authenticity came from the earlier movies being captured and presented on 35mm celluloid film.

When fans next revisit “The Lord of the Rings,” I urge the viewer to pay attention to the film; especially during the title card and end credit sequences. If viewed with a sharp eye, one will notice that the frame *slightly* moves up-down and side-to-side; even a few white celluloid grains will quickly pop on screen during the end credits. The “Rings” films, even though digitized, were transferred from their original 35mm presentation prints for home video; including VHS, DVD, Blu-ray, and Digital HD. Because “The Hobbit” Trilogy was shot using all digital cameras, the authentic “real world” look of those movies was not nearly as tangible as the LOTR movies. Which is why for fans, like me, who got the rare opportunity to experience “The Hobbit: An Unexpected Journey” on IMAX 70mm film, it was a huge deal.

We were treated to a rare and beautiful tangible presentation of the movie; which played at 24 frames-per-second and even included shorter credits due the size of the print, which was 6ft wide on a full IMAX projector plate! In fact, there were less than five true IMAX 70mm film presentations of “The Hobbit: An Unexpected Journey” in the entire world! I had seen the film on both IMAX 70mm film and digital, and even the color of the celluloid presentation looked very close the the original “The Lord of the Rings” Trilogy color palette; the Rivendell sequence being the main standout. And being that “The Hobbit: An Unexpected Journey” is one of the IMAX 70mm film prints I was able to acquire pieces from, showcases the undeniable truth that these latter three Middle-earth films had the potential to be presented in such a way that the criticisms of the fans would be a lot more forgiving. 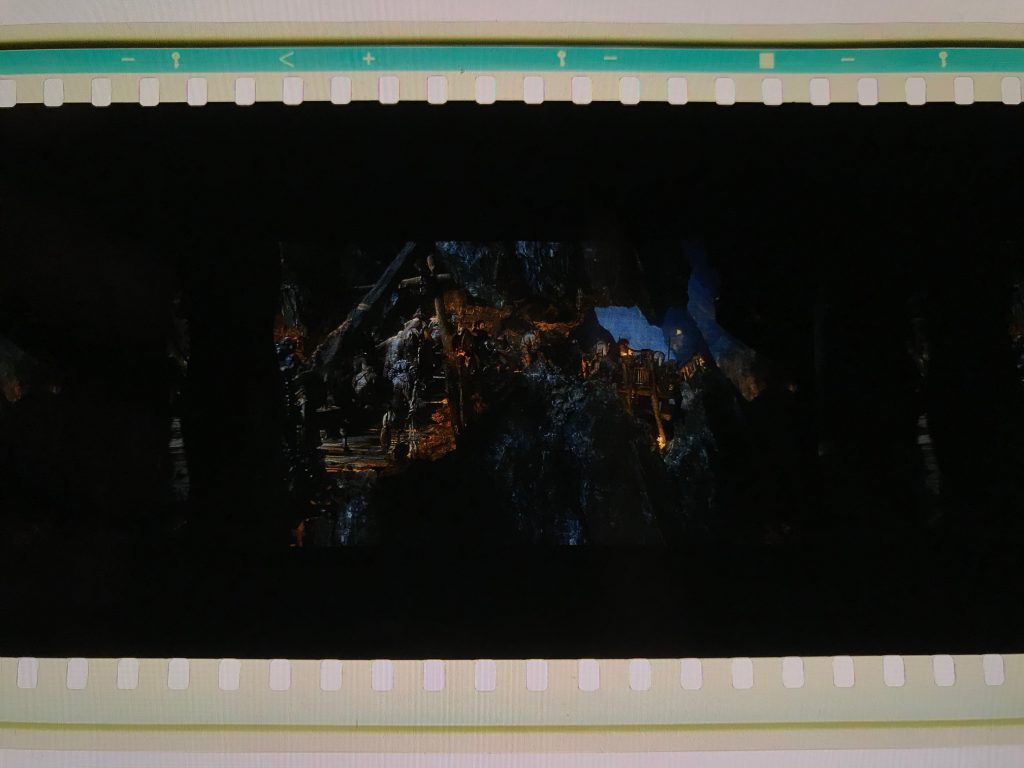 Of course, the majority of the criticisms stem from story choices and so on. But as a young filmmaker who passionately studies the art behind the IMAX and celluloid format, I am confident that, had all the true IMAX 70mm film cinema locations had the privilege of showcasing “The Hobbit” films in the IMAX film format, the fans would have felt so much more at home in this Middle-earth.

The authentic visual and auditory experience for any film is significantly important; and as a filmmaker I will always stand by that opinion. Which is why, when I’m not editing any projects, preserving and presenting the authentic IMAX 70mm and standard 35mm film formats are a real passion of mine. The majority of the prints I own are only partial and full trailers of other movies. There are a few films I have that are complete; but all of my prints were saved from a previous fate of utter destruction and neglect. 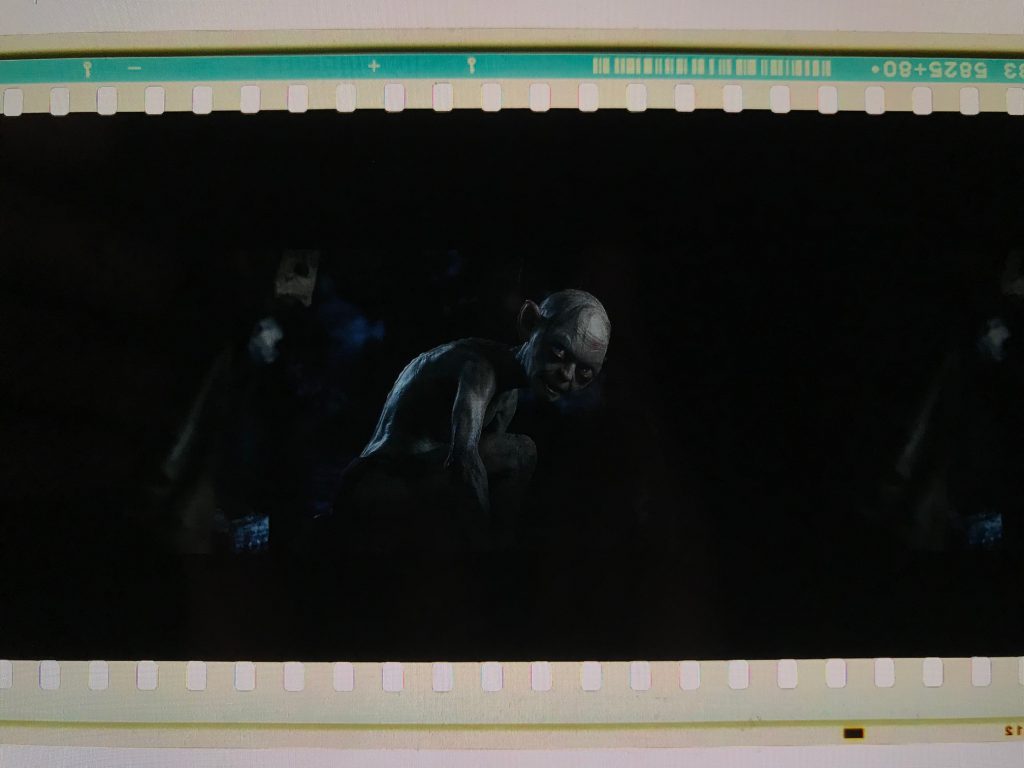 With “The Hobbit” Trilogy being a big part of my life and a huge inspiration for my own filmmaking endeavors, I am honored to have preserved even a fraction of “The Hobbit” films on the IMAX 70mm film format to share with the world. These celluloid films I have obtained have nothing to do with the mindset of collection. Every artist has the Picasso of their heart that inspires them; some have music, other’s have paintings, others have literature. For me, the honor and privilege to even own *fractions* of these many films that inspired me the most in my life are the single most powerful motivation I get to keep on working to become the film editor I was meant to become. 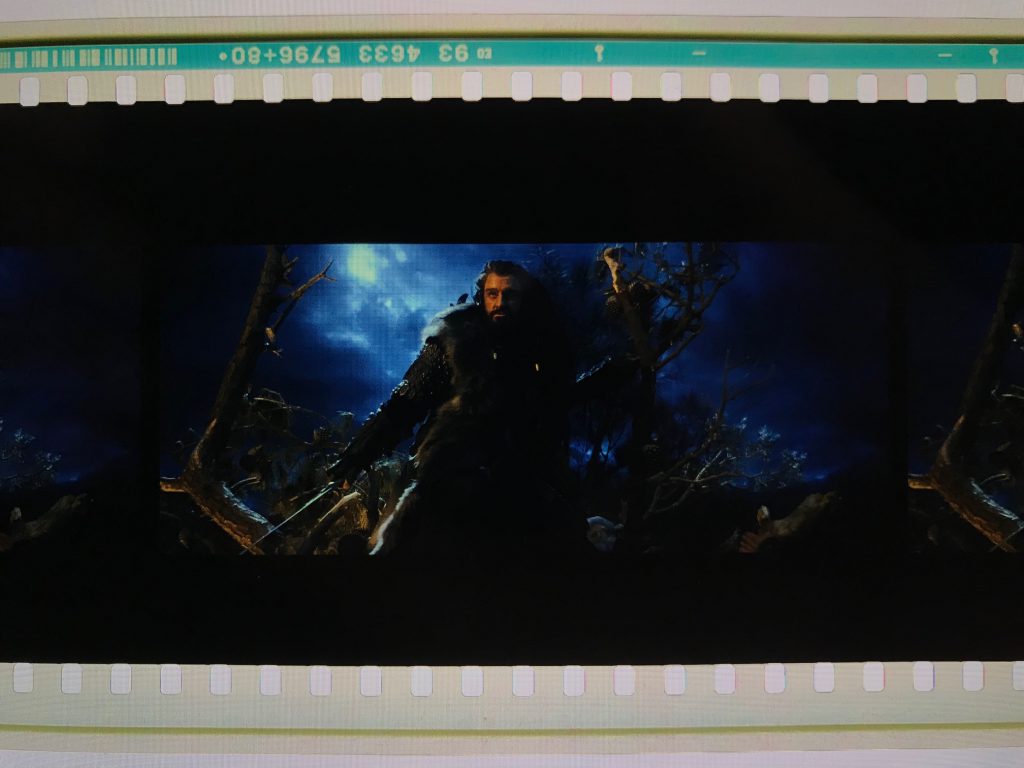 Having interacted with a lot of Peter Jackson’s fans, I know how much these films have inspired them across the globe to become the artists they were meant to become. Conversations about the authenticity of shooting and presenting on celluloid film, within our favorite fandoms, can really spark the next step in preserving this incredible and revolutionary film format. But whether it’s celluloid or digital filmmaking (which is also incredible in its own respects), the main aspect we shall preserve is the authenticity of a great story; just like the story Bilbo wrote for his nephew at Bag-End all those years ago. 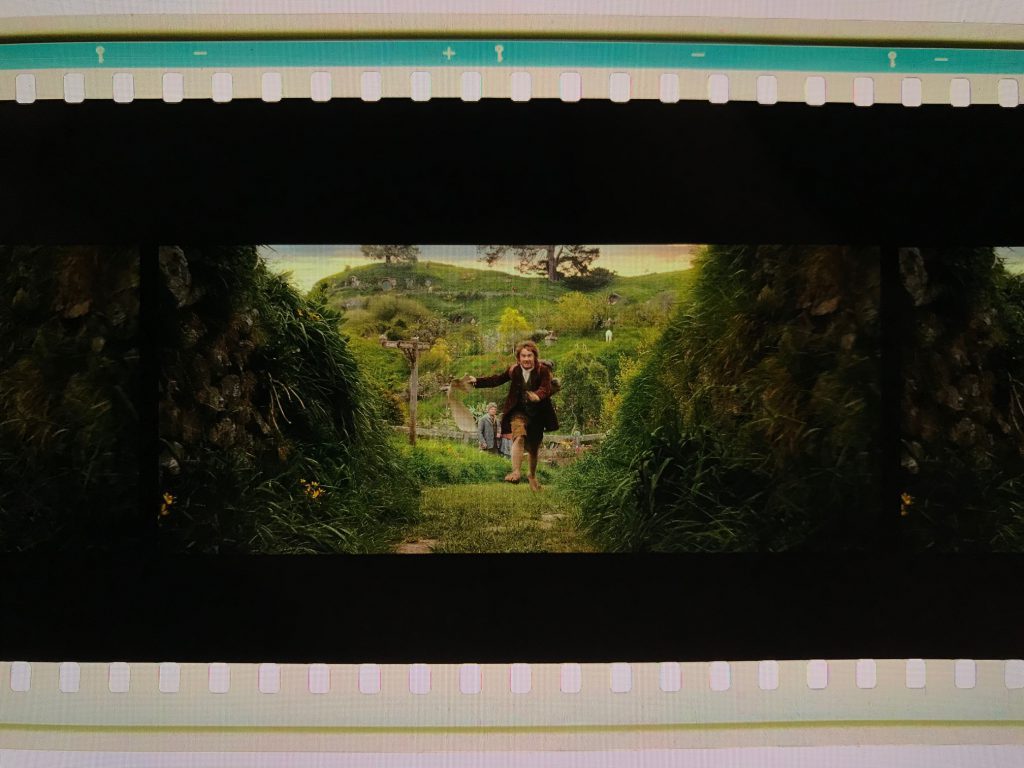