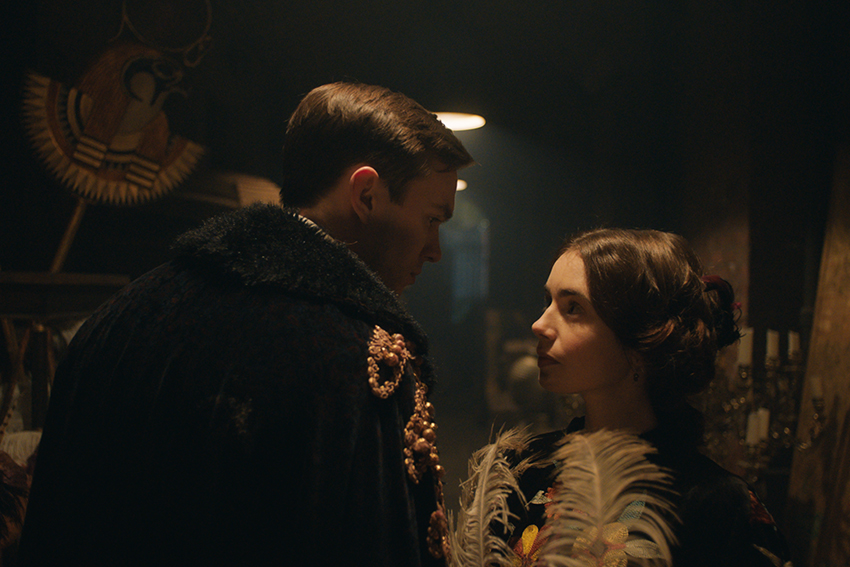 Just a week ago, U.K. based The Guardian let loose a ham-fisted distress call to get unsuspecting Ringers to click over to their site. Yahoo News regurgitated the story with even worse distortion.  We’re here to tell you – don’t fall for it.

T’was a misleading article about how the Tolkien Estate “have fired a broadside” at the upcoming TOLKIEN biography film which is soon to be released theatrically by Fox Searchlight on May 10th (special advance screenings on May 7th).  The movie, though not made under the auspices of the Estate, is an elegant ode to Tolkien’s early years, weaving swaths of memory and time together into a tone-poem portrait of a unique life.

Just one look at that click bait story and you’ll get the wrong idea right away; as if a darkly serious antagonism or threat against the filmmakers was underway when that’s just….. not….. true. Here we get a quick lesson on spin. Let’s get to the simple context of what the Tolkien family REALLY said.

As most may already know, the Tolkien Estate is comprised of direct descendants of J.R.R. Tolkien who have control over the body of works written by him. They are simply doing what they have always done.  It is their duty to make a clear position on what is and *what is not* authorized by them.  Here is the language of their statement:

“The Family and the Estate do not endorse the film or it’s content in any way.  It is our wish to make clear that they did not approve of, authorize, or participate in the making of [the film].”

This is no big deal – we’ve seen this type of thing before.  They are simply saying they weren’t involved in the production because people would naturally jump to that conclusion.  This is pretty much an expected response for them to say ‘we are not involved.’  No need for the tabloid treatment of it, so come on Guardian, stop with the click bait.  This is basically the Estate’s way of saying: “Hey out there! If you’re seeing that film but want the REAL story, get a copy of Humphrey Carpenter’s “J.R.R. Tolkien: A Biography.” which we are behind 100%.” 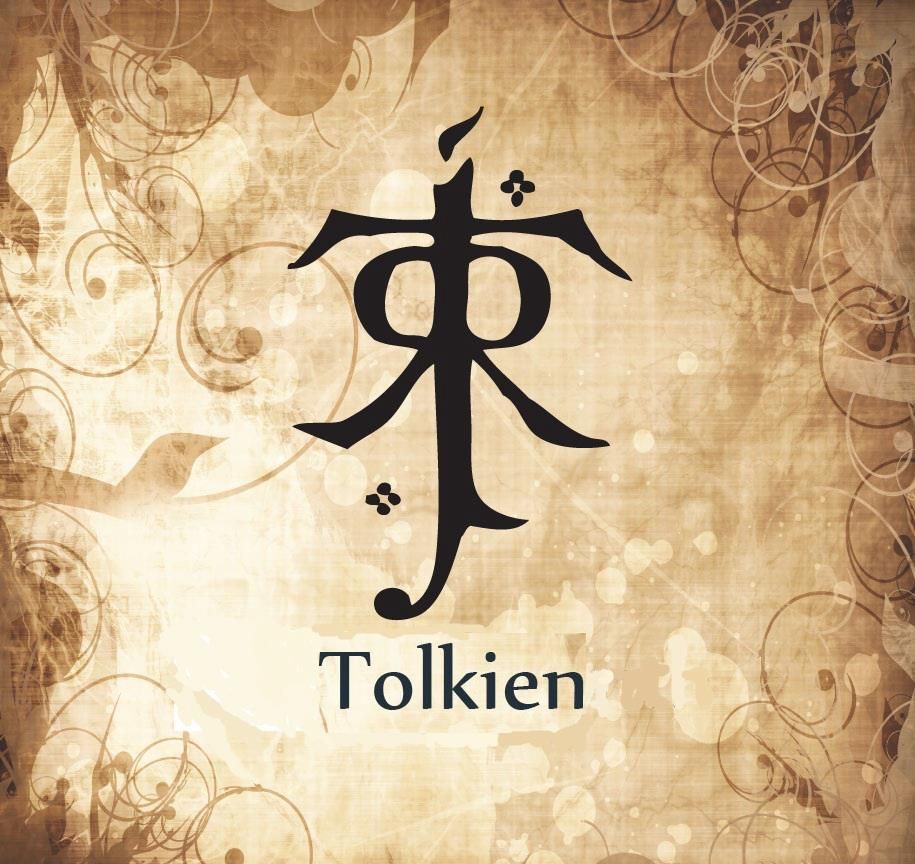 Even Tolkien scholar John Garth who wrote “Tolkien and the Great War” said that the Family’s response to this biopic was “sensible.”  We’ve seen the Tolkien Estate’s general disapproval of Peter Jackson’s six Middle-earth films before.  They want people to appreciate the books on Professor Tolkien’s terms – a profoundly effecting literary journey we have all loved and appreciated.

The Guardian dug up Christopher Tolkien’s comments out of mothballs from a rare personal interview to further stir the mud – and it just makes me uncomfortable when they use this man’s words in such a way as to create a schism between fans and the author’s legacy.

Christopher has been such an intelligent, cautious caretaker of his father’s works.  I also acknowledge his dismay at the sweeping commercial embrace of same.  I get it.  While writing and filming our documentary Ringers: Lord of the Fans, I learned first-hand how the difficult dance of Art and Commerce was underway within this breathtakingly large fandom.  As newer generations of fans join the fold of Tolkien readership, the movies’ viewership also grows (and vice-versa), the community of players enjoying LOTR video and boardgames also grows, attendance at conventions and surprising cosplay also increases, and though Christopher may have been dismayed at such an embrace by popular culture, this has become something of a symbiotic relationship. I foresee very healthy book sales of Tolkien’s works and on the horizon I still see his place never changing among the rarified air of beloved authors (even as Amazon Prime prepares the world for a new embarkation to Arda).

Now Christopher has stepped down from his post.  We have younger scions of the family watching over things now; and the grandson of the Professor, Adam Tolkien, is one of several people at the Estate guiding decisions and working out new licensing deals.  In 2012 he said: “Normally the Executors of an Estate want to promote a work as much as they can. But we are just the opposite.  We want to put the spotlight on anything that is not The Lord of the Rings.”  What does this mean?  They’re interested in steering your attention to Tolkien’s life, to his many other great works, The Silmarillion and beyond, and to his artworks and scholarship.

This upcoming TOLKIEN movie will do just that. It will bring general viewers to an emotional space of understanding the man himself in a very human way.  It’s not a historical documentary.  It’s a dramatization.  Hardcore Ringers can nitpick at the historical accuracy but still appreciate the breadth of emotion and insights offered by a cinematic take on a scholarly life.  And it will make people want to learn more about him and the T.C.B.S., the youthful friends who impacted Tolkien so much.

We talked about this on our livestream show TORn Tuesday just last week. Come join the live chat  – every Tuesday at 5pm Pacific Time – we will have special guests from the TOLKIEN movie coming soon to embrace more thoughtful discussion on the life of the man, the linguist, the war veteran, the author. 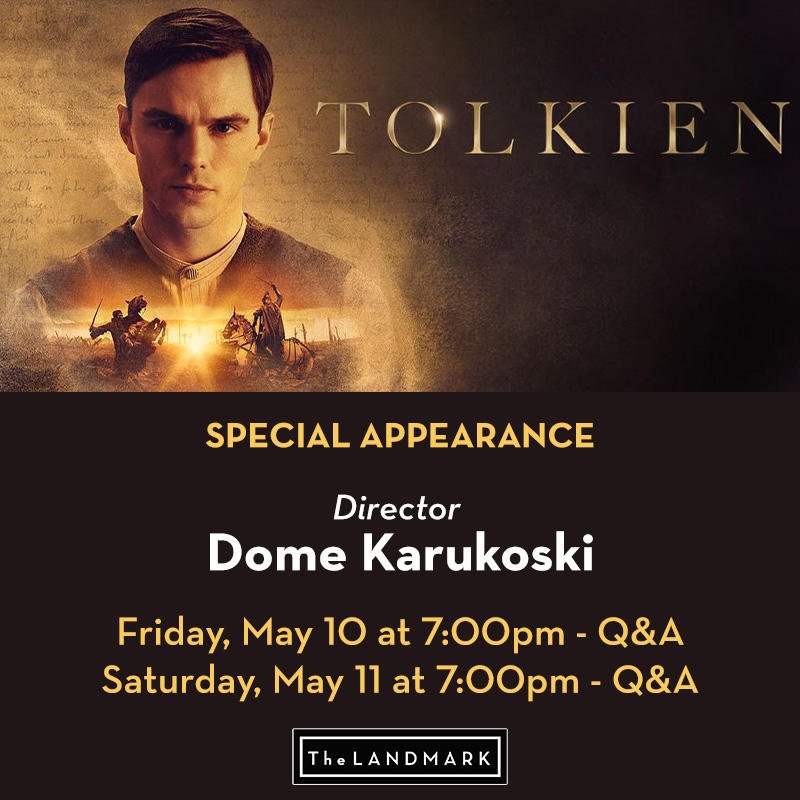