First, a history lesson and some background as to how the rights for the movies and television have changed hands over the years. J.R.R. Tolkien sold the movie rights to The Lord of the Rings and The Hobbit to United Artists in 1969 who later sold them to The Saul Zaentz Company. The rights included motion pictures, merchandising, DVD, stage, and television. Through its division, Middle-earth Enterprises (formerly Tolkien Enterprises), The Saul Zaentz Company licensed the movie rights to Mirimax in 1997, which assigned them to New Line Cinema in 1998. Newline was acquired by Turner Broadcasting System in 1994, merged with Time Warner in 1996, then later merged with Warner Bros. Entertainment in 2008. All along the way, the movie rights went with them.

By now, you probably feel like asking, ‘who’s on first?!’ But, this background illustrates how Middle-earth Enterprises came to own the rights to make movies from The Lord of the Rings and The Hobbit and, more importantly related to recent news, television.

One thing that remains unclear is whether Middle-earth Enterprises also assigned the rights to television; rights that eventually made their way to Warner Bros. Entertainment somewhere along the way. It’s also possible that those rights were assigned separately at some point in time, or will be assigned in the future based on the outcome of the current negotiations. 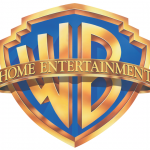 One thing that *is* clear is that J.R.R. Tolkien sold the rights to produce a television series along with the movie rights back in 1969, so those rights are no longer owned by The Tolkien Estate (i.e., Tolkien’s heirs). That makes it interesting that the Variety article, which hasn’t been updated as of this writing, would say the ‘estate of J.R.R. Tolkien’ is in talks in tandem with Warner Bros..

As the Variety article implied, Jeff Bezos, CEO of Amazon, has been wanting to launch a major fantasy series along the lines of HBO’s Game of Thrones. As it turns out, the project has been shopped not only to Amazon, but to Netflix and HBO as well. In an article that also came out yesterday, Nellie Andreeva at Deadline Hollywood has heard that HBO has dropped out of the running almost certainly because of the hefty price tag: upfront payments in the range of $200 – $250 million just for the rights to then produce a series that could cost up to $150 million per season.

One more thing that’s abundantly clear is that there are many unanswered questions. We’ve reached out to our contacts and will report any new developments as soon as we, or others on the internet, know of them!