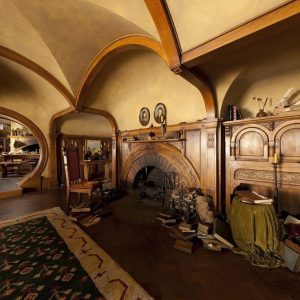 The word ‘mathom,’ invented by J.R.R. Tolkien, was used by Hobbits to describe anything they ‘had no use for but were unwilling to throw away.’  If that sounds familiar as you look around at your collection of Tolkien books and other collectibles, it did to Andrew Whalen at iDigitalTimes too. In Andrew’s opinion, the word mathom is so perfect for describing the clutter many of us love, it should become part of our regular vocabulary.

According to the article, “Hobbits love clutter. Many humans do too. The thought of purging a bookshelf, for example, might give you angry shivers. Everyone should have several different copies of the same book with different paperback covers!” Of course, to many Tolkien geeks that goes without saying. Further to making his case, Andrew really hits the nail on the head with his observation: “..it’s just fun to say: mathom.” We here at TORn wholeheartedly agree. Read the full article here.