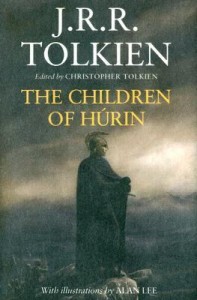 The usual Christmas and New Year shenanigans mean that in The Hall of Fire we’ve only just arrived at the ninth chapter of The Children of Húrin. It’s short, but crucial — climaxing with the death of Beleg.

That’s not really a spoiler; the chapter is literally named “The Death of Beleg”.

It’s a — possibly the — key turning point in Túrin’s life. Until his death, Beleg is a strong stabilising influence on Túrin’s action. The absence of that support, combined with the manner of Beleg’s death, profoundly affect Túrin’s subsequent behaviour.

But should we blame Túrin here?

I don’t think so. A lot of things that Turin subsequently does are stupid, prideful, reckless or malicious. But in this act, I think he’s blameless.

He’s in the hands of enemies. He’s far from home, and far from friends. And he’s been relentessly tortured at the hands of his captors.

Surely he has only the remotest chance of being rescued. If he’s to escape whatever fate might await him in Angband, he must rely on himself and instantly seize whatever opportunity that presents itself.

So when Beleg rouses Túrin from stupour by cutting his bonds in the dead of night, he has to seize the moment. It’s not reasonable for him to think it’s anything other than an enemy.

And thus Beleg inadvertently dies at the hands of the person he devoted himself to raising and protecting.

If you have your own thoughts on this chapter of The Children of Húrin and would like to share them, consider joining us for the Hall of Fire chat at 6pm ET (New York time).