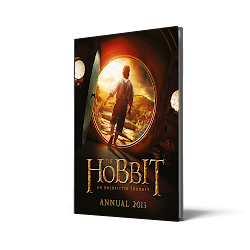 Some new images of Richard Armitage’s Thorin Oakenshield have popped up online over at RichardArmitageNet. The images come from newly released children’s movie tie-in book The Hobbit: An Unexpected Journey Annual 2013. It also provides a backstory of sorts to Thorin’s character, although it contains little that wasn’t already known from The Hobbit, or the part of the LoTR appendices about Durin’s folk.

More, including the pictures below the cut. So if you’re not keen on spoilers, best turn away now. You can pick up the Almanac/Annual at your favourite bookstore now.

“As a young Dwarf prince, Thorin witnessed the great fire-breathing dragon, smaug, destroy the Dwarf Kingdom of Erebor. Thorin is now leading a company of 13 Dwarves (including himself) and one reluctant hobbit to reclaim his ancestors’ home and treasure.

To help in his quest, Gandalf gives Thorin a map and key to the treasure in the Lonely Mountain. Both were made by the ancient Dwarf King, Thror. Thorin wears the key to the treasure around his neck at all times. However, he has no idea what lock it might open…

Although Thorin is looking to get all of his family’s treasure back from Smaug, there is one thing in particular he is looking for — the Arkenstone. A huge sparkling gemstone, it is also known as ‘The Heart of the Mountains’.”

Aside: Notice the “Did you know?” Funny, considering the neatly trimmed state of Thorin’s beard! 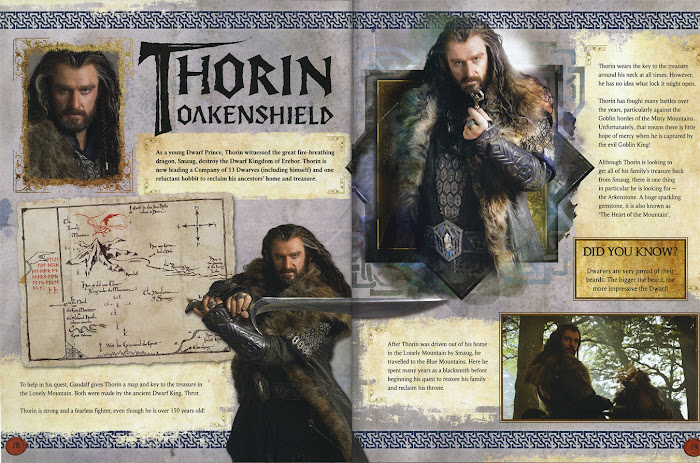