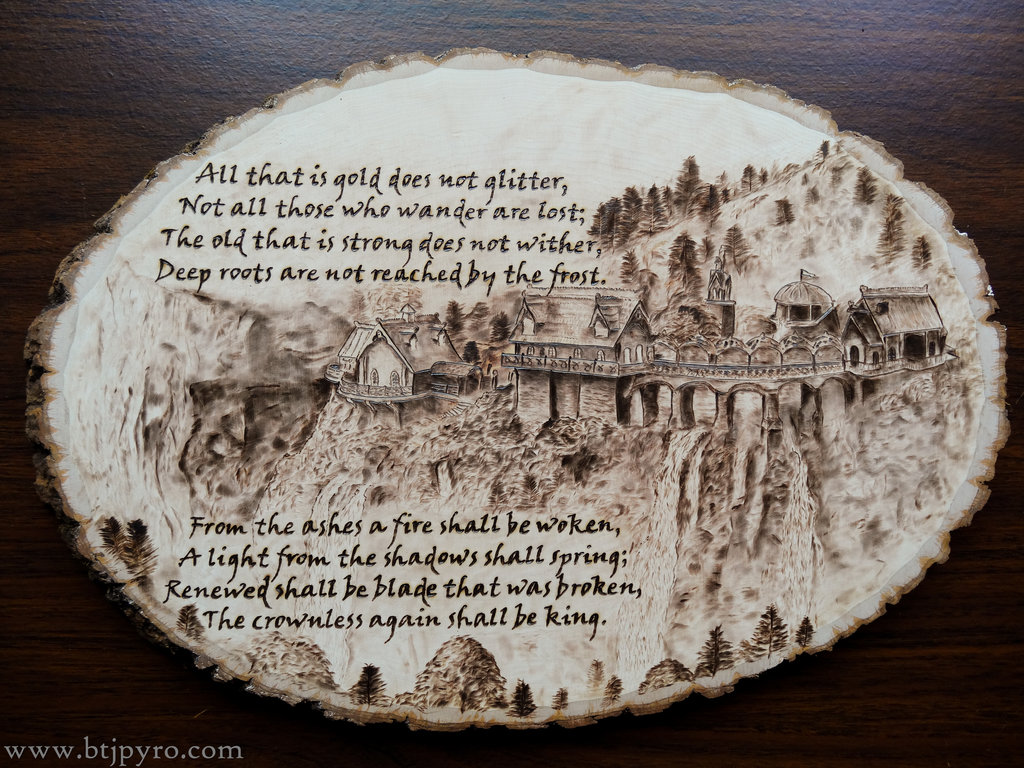 Brandon Jones is a pyrographer. He creates what he calls “wood burnings”. One of his latest works is a quite lovely rendition of Middle-earth’s Rivendell (see right).

TORn chatted with Brandon to find out just how he does it.

“I make an outline on the wood with the use of carbon paper and/or just plain pencil,” he says. “I use a sharp tip usually to burn the outline. Then I use the shading tips (the wider ones with rounded edges) to do the rest.”

He usually uses basswood — a deciduous tree that provides a soft and easily worked timber. Brandon says the wood choice depends on the picture he’s burning.

“For a tall picture that’s not that wide, I use a basswood plank (that’s the wood with the bark on the two sides).”

He says he often bases his creations on something he’s seen, although he makes his own designs as well.

Simpler pieces — like this panda bear — take as little as little as two hours. Larger, more complex pieces — see this Avengers piece — might take 25 or 30 hours to complete.

He says he started learning how to make wood burnings after watching his mother do it.

“My mom used to do wood burning and it looked interesting. So I tried it out and found out I was actually good at it. My mom quit doing it after I started though because she thought I was a lot better.”

The Rivendell piece isn’t his first one of Middle-earth. He’s also created one of Minas Tirith — the city of Gondor.

“[The Rivendell piece] was a custom order from a person who saw my earlier LOTR wood burning and was interested in getting one made for him. It’s actually for a surprise present for his girlfriend. Her favorite series is LOTR. She has a small collection of first editions that he thought there was a perfect spot for something just like this.”

Click through for a gallery of Brandon’s LoTR pieces,
including a work-in-progress sequence of the Rivendell piece 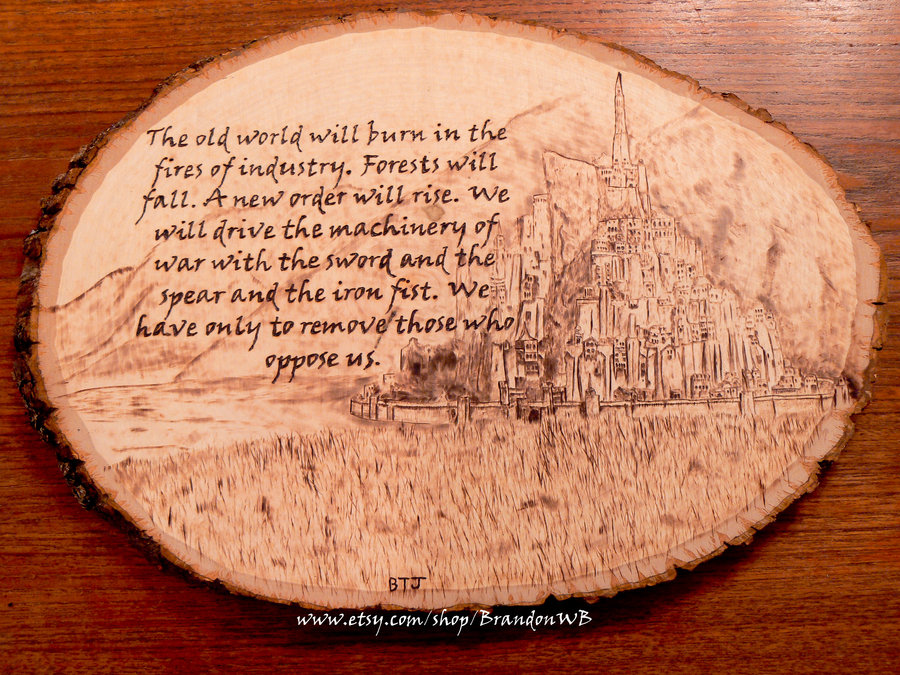