I have a Nibling infestation! TORn has discovered a Tolkien-inspired children’s picture book called “Nimpentoad“ by Henry Herz and his young sons Josh and Harrison.   Five years ago, Henry began drafting a story which he shared with his sons, and they would give their dad ideas on how to improve it.  The boys began creating and naming the characters, including the main creature and title’s namesake… Nimpentoad.   Being avid fans of Peter Jackson’s Lord of the Rings films and J.R.R. Tolkien’s books, their imagination was fueled by those works as their fantasy world took shape.  Working together, they created a mysterious forest called Grunwald filled with mean Goblins, hungry Neebels, thundering Rhinotaurs, huge Orcs, a frustrated Giant, and the smallest of the inhabitants… Niblings.   The most resourceful and brave of the Niblings is Nimpentoad.

Being the smallest and weakest in a forest full of big, bullying creatures, the Niblings had very little and spent most of their time hiding and growing food.  Then one day, Nimpentoad had an idea.  He knew of a large, strong Giant who lived on the other side of the forest.  Because he was so huge, he had trouble doing simple things like cleaning and turning the pages of his books.  Nimpentoad thought the Niblings could help him with those things he couldn’t easily do; and in return the Giant could help keep them safe from bullies.  So Nimpentoad decided to lead his fellow Niblings through the dangerous Grunwald Forest where they encountered every mean beast along the way. This book is wonderful for introducing young readers to stories that feed the imagination.  It takes them to a world fraught with adventure and incredible creatures, while at the same time it engages them through the familiar, like counting, manners, and bugs.  “Nimpentoad” teaches them about significant issues such as bullying and teamwork, as well as the importance of leadership, selfless care for others, resourcefulness, and bravery.

The artwork of this picture book is wonderful!  Illustrated by Sean Eddingfield and Bill Maus, the images are incredibly detailed and captivating.   They propel the reader into this thoughtful story. (You can see great examples below in the gallery)

What lends to the charm of this book is that it not only comes from a father and his sons having fun writing a story together,  it’s how closely their experience parallels how another little story that was shared by a father with his children is soon to become a 2-part film.  The magic that comes from families that share their time and imagination can create some pretty special results. [Get Nimpentoad Today!] 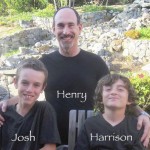 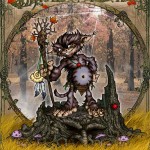 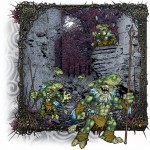 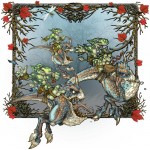 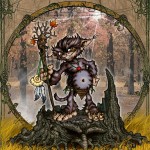 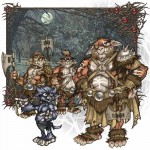 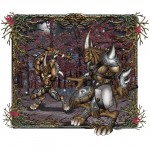 One response to “I have a Nibling infestation!”