Janelle from Badali Jewelery writes: Just wanted to drop a line and let TORn and the TORn Fans be the first to know we have created and are offering another brand new Officially Licensed Lord of The Rings and Hobbit item. Starting today we are now offering an Officially Licensed ArkenstoneTM replica. Click here to order

The Arkenstone of Thrain was created and treasured by the Dwarven Longbeards clan of the Lonely Mountain. The Arkenstone was described by Thorin Oakenshield as “a globe with a thousand facets; it shone like silver in the firelight, like water in the sun, like snow under the stars, like rain upon the Moon!”. When Bilbo Baggins discovered the Arkenstone on the top of Smaug’s treasure horde, “it was tinged with a flickering sparkle of many colours at the surface.” The stone filled his tiny Hobbit hand, yet he was able to secret The Arkenstone away in his deepest pockets. 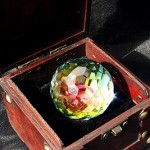 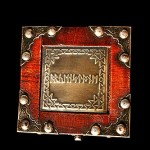 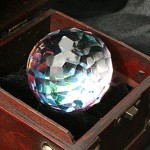 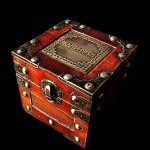 This item is kept in stock for immediate shipment. Click here to order

Posted in Collectibles, Jewelry, Merchandise on December 11, 2011 by xoanon