Want to see the faces of Dwarves in ‘The Hobbit’?

Media outlets around the globe are having Tolkien news-writing parties like its 1999. Message board user Owain found an article out of Scotland that claims to have the names of at least four possible Dwarves for the two “Hobbit” films and then provided us faces as well. The story leads with talk of David Tennant and TORn staff can’t figure out if this is leftover old rumors that get reported again and again or if there really is truth there. But the rest of the names reported by the www.dailyexpress.co.uk are new and they seem much more likely. All mentioned are Scots and that may be a major clue about Dwarven accents for the production or it may be simply serving the audience the Express writes for. Read on for further names and photos. 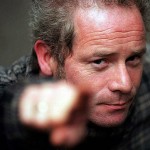 The article does incorrectly assume that New Zealand will be the home for “The Hobbit.” While that seems likely, it hasn’t been decided as yet, just as none of the obvious casting strokes (Gandalf, Gollum) are confirmed, although all are likely.

Peter Mullan, Ewan Stewart, Gary Lewis and Gilly Gilchrist are in the running for roles as dwarves

Peter Mullan is first up. He played with Billy Boyd in “On A Clear Day,” is memorable from “Trainspotting,” and completed a two-part Harry Potter movie as well. 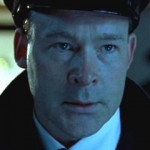 Next is Ewan Stewart, shown here from “Titanic,” who is something of a family man with a long career. He was in “Rob Roy,” and lots of television and stage productions in his long and busy career. Not a household name, a Dwarven role would pop him into pop-culture.

Gary Lewis is best known for “Billy Elliot,” and “Gangs of New York,” but has been in a lot of productions and chances are, if you don’t know who he is, you have definitely seen him.

Gilly Gilchrist was also in “Rob Roy,” as well as “Gladiator,” and a pair of “Hornblower,” television movies. 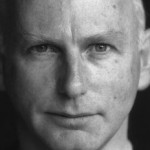 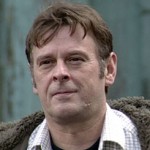 Posted in Casting Rumors, Characters, Hobbit Movie, The Hobbit on October 20, 2010 by MrCere Want to see the faces of Dwarves in ‘The Hobbit’? | Discuss