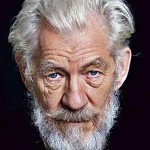 Ringer Kookie sends us this link to The Bolton News where Ian McKellen was promoting a new project, but also spoke briefly on The Hobbit films. Everyone’s favorite Gandalf confirms recent reports that the planned start of filming is January 2011.

FILMING on The Hobbit, the long-awaited prequel to The Lord of the Rings, should start in the new year, according to former Bolton School boy Sir Ian McKellen.

“The aim is to start filming in January,” he said.

Learn more about his new project through the following link. [Read More]