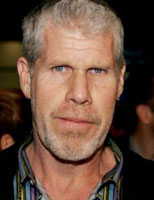 Thanks to ringer ‘smokerings’ from the forum for alerting us to this story. On of Guillermo del Toro’s favorite actors, Ron Perlman, has been cast in the upcoming ‘Conan’ film as Conan’s Dad. What does this have to do with ‘The Hobbit’ films? Well, we are beginning to see a trend. Actors who we would expect to have a role in the Hobbit films are taking other roles in films coming out in 2011. One can start to jump to a few conclusions…either the actor(s) will not be involved with ‘The Hobbit,’ their roles in these other films do not prevent them from working on ‘The Hobbit,’ or (what we believe is more likely) ‘The Hobbit’ is being delayed to a 2012 release. As always, this is all speculation and rumor. Discuss it in our forum! [Read Article]