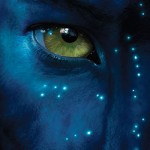 This might be the case with James Cameron’s “Avatar” which was released Friday with an incredible amount of hype – both grass-roots and manufactured through an advertising campaign that might lead viewers to expect the greatest movie known to the history of humankind.

While the film certainly is praise-worthy, viewers would be better served to enter the cinema with realistic expectations. Cameron has delivered a satisfying film high on imagination and with spectacular, stunning visuals. On the eye-candy front, there is no argument that “Avatar” is a monumental achievement. Part of the reason for this review at TORn in fact is because the special effects house started by Peter Jackson and Richard Taylor, Weta Workshop and Weta Digital, is responsible for much of the technical and artistic achievement that saturates the film.

In the spirit of full disclosure, Weta and many who work there have personal and professional ties with staffers at TORn, including the writer but it is safe to say without any reservation, Cameron and Weta and the other effect houses (ILM, Stan Winston studios to name only two) involved in the production of the film have ventured out and blazed a path into a brand new cinematic frontier. Many films will follow in the wake of “Avatar” and hopefully a few will build on its special effects wonders, but it sets a mark that will be difficult to surpass for years.

But films have come before, ripe with eye-popping effects, and failed to give a satisfying viewing experience. (“Sky Captain And The World of Tomorrow,” “Final Fantasy”). But this film is emotionally engaging and for those expecting a fun adventure movie with valiant heroes and vicious villains, high-stakes action and just plain fun at the box office, there will be plenty to reward them.

Set on the world of Pandora, mankind has ventured beyond its solar system and found a beautiful but deadly planet inhabited by tall, blue humanoids who favor nature over technology. In order to facilitate communication and cultural exchanges, humans have grown their own avatars, or alien bodies inhabited by human minds.

Marine Jake Sully (Sam Worthington) is unusually adept at the interface and joins the scientists attempting to understand the alien raced called Na’Vi on Pandora. Much adventure ensues as the two races interact with Jake in the middle.

Some critics have bemoaned the “familiar” plot points, contrasting them with other films about the clash between cultures but there is enough science fiction and fantasy and world building here that viewers unconcerned with comparisons can have a lot of fun. There is a broad-brushed environmental message at work as well but the action-tone elements make it hard to take a message seriously and again, viewer expectations will matter a lot.

What the script gets right are characters that care about each other, giving the audience enough reason to invest emotionally as well. The visuals might well be enough to tickle the brain but it’s the humanity of the aliens (and both the actor-driven performances and the skillful execution by an army of technicians in bringing those performances to life) that make the film more than a technical exercise. (Thanks Gollum!) Cameron also built in enough “cool” to keep moviegoers buzzing.

One thing is abundantly clear, the Oscar race for the special effects categories is, with finality, over.