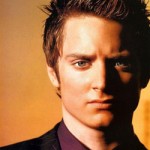 Ringer Diedey reports: IESB.net has an interview with Elijah about his latest movie 9 and whether or not he would be interested in taking on the role of Bilbo for The Hobbit…

Q: As Frodo hasn’t been born yet, does that mean you won’t be in The Hobbit?

Elijah: Somebody actually asked me, “Would you want to play Bilbo?” No, I don’t want to play Bilbo. That would be far too weird. Yeah, Frodo doesn’t exist. He’s not born yet. For awhile, there was talk of a bridge film that was being bantered about, with the notion that the second film that they would make would chronologically bridge the gap between The Hobbit and The Lord of the Rings, so conceivably some of the characters could exist. But, I don’t think that’s going to happen now.

Certainly, if they found a way to make the character work, I would love to be a part of it, but I’m just excited that they’re doing it. I’m so excited that they’re getting so many of the original team back together, creatively, because it’s really I think going to help to keep the continuity of what was already established. I think it’s going to be great. I love Guillermo del Toro. I think he’s amazing.

There is a lot of great info in the full interview, read it over at IESB.net and discuss it in our forum. [IESB.net]