Ringer Spy Basil sends us these pics from the cricket match that will eventually be used in TTT as battle noises! Take a listen…er…look!

I was at the cricket tonight and PJ was recording sounds for the Two Towers as well you know. Anyway my flatmate took the following pictures of him urging the crowd on to stamp their feet or all to speak in black tounge in deep voices. 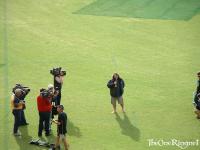 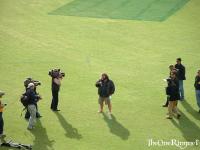 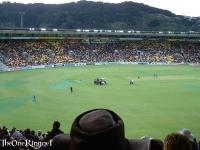 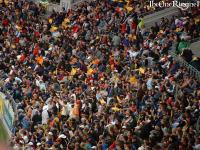