Ringer Spy WaiSpy sends in pics from both the Hayward Hills and Wingate sets.

I have been down to visit the sites at Wingate and Haywards (yesterday) and have some pictures from both sites. At Wingate, they appear to be wrecking the interior castle set (not visible originally from outside) and painting the palace(?) facade black. At Haywards, there seemed to be some filming going on, as the pictures from there show.

I’ll keep a look out on the train tomorrow and let you know if I see more. 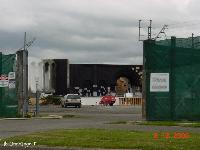 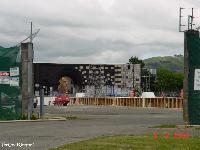 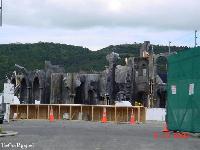 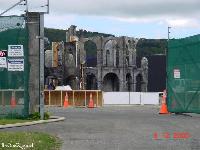 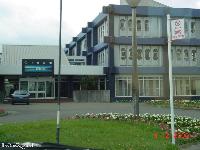