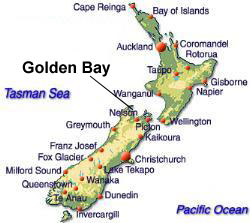 There were some very narrow valleys which he had to fly down while they filmed from the helicopter, he knew the area well so that was probably why he was chosen for the job.

Other family members have said there have been a lot of film crew around the streets in Takaka it self. And one mentioned a few hobbits having hairy legs as well as big feet, not much information about where they were spotted.

Of course they have now officially left Takaka, from what I have read they say they are not coming back for any more filming but from a few others things I have read, I think they will be eventually.