Thanks to the folks at Scoop (www.scoop.co.nz) for the tip!

Filming of wide panoramic scenes started on Wednesday December 8th, in the rolling North Island farmland between Matatmata and Karapiro.

Filming on the fourth LOR set commenced on Wednesday, while crews continued to work at the three other sets (two in the Queenstown/Te Anau area and the other in Wellington).

The countryside in this mid-North Island region is primarily rolling farmland, with a few more rugged hills and is famous for it’s horse raising. It’s bounded by an area of peat bog to the north and the long, narrow Lake Karapiro to the south.

Co-director John Mahaffie (Hercules: The Legendary Journeys) said stand-in actors would be used for the stars as the shots were to be “wide, establishing the Hobbiton environment.”

Associate producer Rick Porrs said the brilliant weather was an exciting start to the shoot. “As the light drops, the way this tall grass shimmers – you just can’t beat this anywhere.”

More info on Matamata and Karapiro 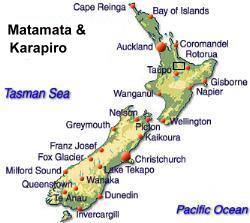 Matamata is 23km northeast of Cambridge and nestled beneath the Kaimai-Mamaku Ranges.

Karapiro, the furthest downstream of a chain of towns on the Waikato River. 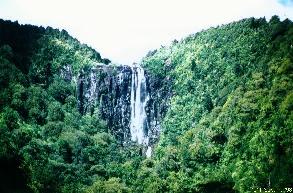 The park is 70 km long, from the Karangahake Gorge in the north, south to State Highway (S.H.) 5 on the Mamaku Plateau. The park seldom exceeds 10 km in width.

The area of the park is about 39,682 hectares and offers bush walks, tramping, rock climbing, hunting, exploring old gold mining and kauri milling sites and picnicking.”