A little note from Xoanon here under Dwane’s permission. Sigh…don’t you hate it when the media really screws things up? This report is mildly accurate, but what upsets me is that he (or she) throws ‘star’ names in his article, obviously to get people excited, BUT HE’S WRONG! Liv and Cate will be nowhere NEAR the hobbiton set. Geez..They’re supposted to be REPORTers right? And you know what’s even worse? I’ll get about 50 emails saying ‘What are Ewoyn and Arwen doing in Hobbiton? Man this movie sucks now!’ ah..Rant ends..read on. 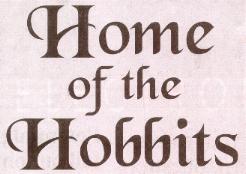 Peter Jackson’s world of hobbits and goblins, built in the Waikato, has been exposed – but, shhh… it’s supposed to be a secret.

Hobbiton village, which is nestled in rolling hills of remote farmland, 8km south of Matamata is a set for Peter Jackson’s Lord of the rings, where filming begins next month.

This is a first look at the Waikato set.

Construction began under secrecy in April and the set has been under 24-hour guard since it was finsihed.

Small hobbit holes, with gardens and picket fences, are set into the hillside. Sheep are still grazing near the set.

About 200 Waikato people will be recruited as hobbit extras for filming, which could last at the hinuera set until mid-January. Some of Hollywood’s biggest names including Cate Blanchett and Liv Tyler will also be on set.

Set in the mythical world of Middle Earth, the Lord of the Rings is the story of the epic battle by the forces of good including the hobbits – creatures about 1m tall – to preserve their land from Dark Lors Sauron, his orcs and goblins. Filming of the first part of the movie began in Wellington last month. 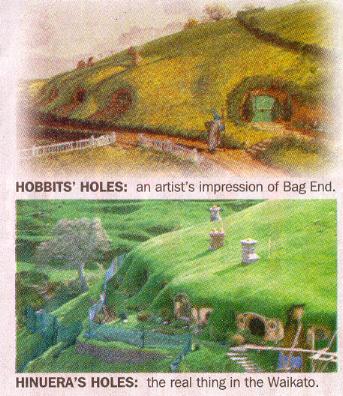