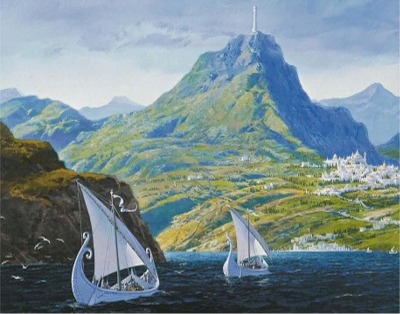 You know that new “The Lord of the Rings,” series that was just announced by not only Amazon Video and Warner Bros. but the Tolkien Estate?
It has everyone on the interwebs with even a passing interest in Middle-earth speculating on the content, imagining how it will tie in to beloved LOTR characters like Bilbo, Frodo, Sam, Gandalf and Aragorn. It has even brought “The Silmarillion” to the forefront of the conversation, with people praying to Eru Iluvitar for an adaptation of J.R.R. Tolkien’s epic, sweeping mythology.

However this series cannot be, and will not be, an adaptation of that work because the rights haven’t been sold. The Tolkien family has clearly decided not to do so. So sorry Silmarillioners — yet, some hope yet remains.

The information given to media, and covered widely from Entertainment Weekly to the Associated press to The Hollywood Reporter, uses “Lord of the Rings” seven times in six paragraphs, but then seemingly contradicts that usage with language that also comes directly from the press release.
Lets look:

“Amazon’s LOTR series will be set in Middle-earth and explore new storylines preceding Tolkien’s The Fellowship of the Ring.”

“The Lord of the Rings” title’s frequent use is no accident. It is an intentional marketing strategy employed in the press release. PR writers and lawyers deliberately wrote “The Lord of the Rings TV series” as often as possible and hoped the media would echo it and, it worked. But is it true? How is something set before LOTR a LOTR series? 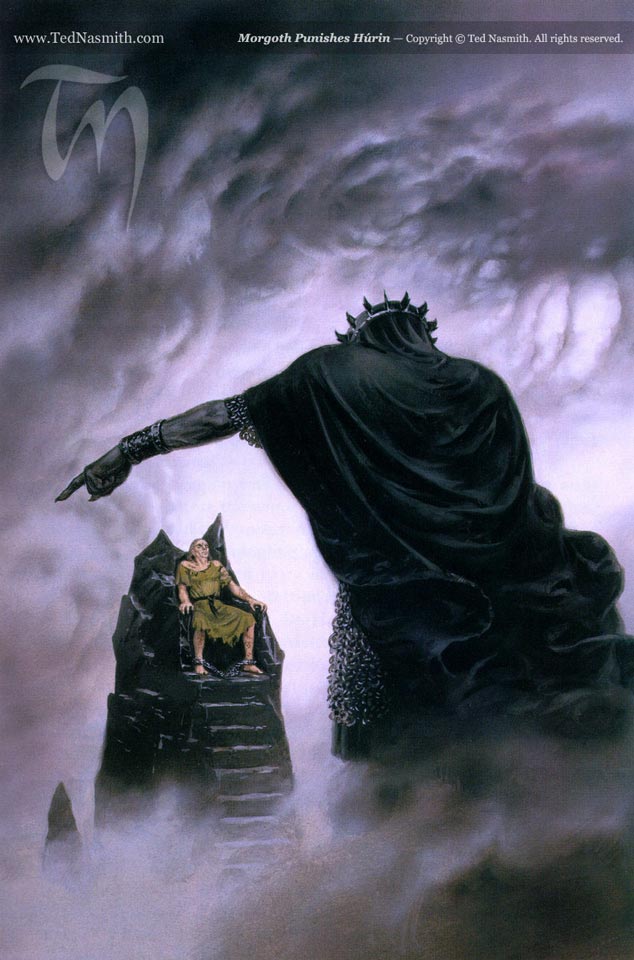 What didn’t make it into most media accounts, but that you can see at the end of the story, is the press release name drops that also mention Peter Jackson, New Line Cinema, the titles of the three movies and book, Elijah Wood, Viggo Mortensen, Ian McKellen, Liv Tyler, Sean Astin and Orlando Bloom and 17 Academy Awards — including Best Picture.

This will be said over and over between now and when the Amazon series goes live for the first time.

“… LOTR series will be set in Middle-earth and explore new storylines preceding Tolkien’s The Fellowship of the Ring.”

There they go dropping another book title in the story and then clearly state the series explores NEW story lines that happen BEFORE the book begins. It really can’t be much clearer. The events in the series happen before the book(s) and the Peter Jackson films that adapted them.

A little further down the story comes a quote from a representative of the Tolkien Estate and Trust, from a person almost no potential viewer has heard of but who speaks with the authority of Tolkien.

“Sharon and the team at Amazon Studios have exceptional ideas to bring to the screen previously unexplored stories based on J.R.R. Tolkien’s original writings,” Matt Galsor said.

We like that part: “based on J.R.R. Tolkien’s original writings.”

We all know Tolkien’s story has a page one where the story starts. We all know the story ends with THE GRAY HAVENS chapter and the sentence, “He drew a deep breath. “Well, I’m back,” he said.”

So how is this TV series actually a “Lord of the Rings” series that happens before the books begin but also isn’t “The Hobbit” but is based on the author’s original writings?

You may already know. We think of Tolkien selling the story of LOTR but he didn’t. He sold the LOTR as a book, not as a story.

Tolkien managed to get Harper Collins to publish the third part of his “The Lord of the Rings” book with a group of appendices, organized into sections A to F. When Tolkien famously sold the rights of his book(s) to United Artists in 1969, it was about what was between the covers — not the start and finish of the story — and that includes those sections on languages, writing and spelling, calendars and family trees.

But Appendix A and Appendix B aren’t just lists or dates. They offer out what the press release promises, “storylines preceding Tolkien’s The Fellowship of the Ring … based on J.R.R. Tolkien’s original writings.”

So yes, the series will explore the past, perhaps the distant past, before the story of the War of the Ring and yet, it will still be based on the contents between the covers in “The Lord of the Rings.”

To save you from running to your copy of the books, here is a brief summary of the material that is legally available for production and is part of what Tolkien sold, the book “The Lord of the Rings” :

APPENDIX A – THE NUMENOREN KINGS

You “Silmarillion” supporters, sad because there is no chance of an adaptation of that book, can keep your candle burning. But it might only be a fools hope. The only content legally available is a recap of the Sil in LOTR. It doesn’t have everything but it has some big stuff. We get three jewels, their theft by Morgoth, his fortress called Thangorodrim, war against him from the baddest Elves, and Luthien Tinuviel and Beren getting a Silmaril from Morgoth’s Iron Crown and more, but all of this is just a smattering from the massive scale story of the Elves and Men.

Numenor and its line of kings that eventually lead to ruin and the scattering of the realms in exile, might work as a multi-season series. If you recall, Appenix A also has the kings of Arnor, Gondor the Dunedain — Aragorn’s people — and the Stewards of Gondor.

Oh and the tale of Aragorn and Arwen.

The history of Rohan is there, as is some of the events leading up to the Dwarves’ mission in “The Hobbit,” films, touched on by them in the three-film adaptation.

So Elves and Men with Dwarves available too if needed. And who can tell the story of the downfall of Men better than an immortal Elf? If I were Amazon, I would lock up Hugo Weaving to a multi-season contract ASAP. He could be the character that holds it all together.

Here we find a brief account of the battles in the north during the War of the Ring. It also mentions some wizards and how Gandalf received the Ring of Fire.

We also get some major events of the Second Age dealing with Numenor and the Rings of Power. This content was said to be gathered by none other than Merry, which could provide a narrator to hold the structure together. Is Dom busy?

Thinking this through, it seems probable that the new Amazon series will focus on the kingdom of men and its success and eventual failures, mostly from Appendix A.

Speaking of failures, Deadline reports that Amazon has failed to talk to Jackson and “has not tried to enlist the help of, or even reached out to Peter Jackson.”

In the spirit of full disclosure, Jackson invited me to visit his set for “The Hobbit” films and report on what I saw. He also gave me a lot of access. Some would say that distorts on how I might offer thoughts about his work and his potential work on this project.

Thing is, I can’t fathom that Team Jackson wants to take the reins for the LOTR TV adaptation. I can’t comprehend that he wants to devote more years of his life by returning to Middle-earth. He was hesitant to return for “The Hobbit” and he suffered some backlash for it.

I don’t think he would take the job in either a director’s chair or in a producer’s role.

We can hope other parts of his machine are involved, such as the award-winning Weta Digital and the deeply respected Richard Taylor and his crew at Weta Workshop, but that completely depends on the talent Amazon Video gathers and what they choose to use.

Deadline says Amazon has not tried to enlist the help of, or even reached out to Jackson.

I suspect Amazon, Warner Bros. and the estate want to find somebody fresh.

Anyway, that is what Amazon is planning to do. And boss Jeff Bezos, one of the most wealthy geeks who ever lived, is willing to spend to make it happen. Join us as we dread and anticipate the latest adaptation of Tolkien’s works.